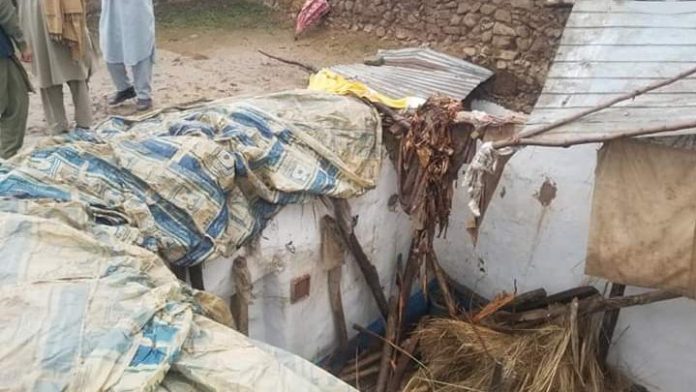 PESHAWAR: At least nine people lost their lives and seven others were injured in roof collapse incidents and traffic accidents in different parts of Khyber Pakhtunkhwa during the last 24 hours.

TNN correspondent reported that the roof of a mud-made house collapsed due to heavy rain in Langarkhel, Hathi Khan, due to which a 10-year-old boy lost his life and his 11-year-old cousin sustained injuries. The local people retrieved the body and the injured and shifted them to hospital.

In Bajaur, the roof of a house collapsed due to heavy rain in Zagai area of Mamond tehsil. Two persons were injured in the incident who were shifted to District Headquarters Hospital Khar. The injured were identified as 18-year-old Hafiz and 10-year-old Hina.

In Karak, two persons travelling on a motorcycle died when the motorcycle was hit by a truck at Indus Highway near Hamidan Chowk. Sources said the accident appended due to over speeding. Two youth on the motorcycle were trying to overtake the truck and were hit by it and died on the spot.

On the same highway near Amberi Kalma Chowk, two persons were injured when their car overturned due to over speeding. The Rescue 1122 team shifted both the persons to hospital.

A student lost his life and another was injured when two motorcycles collided near Al-Noor Hotel in Mardan.

The Rescue 1122 personnel shifted the dead and injured to THQ Hospital. The injured student said he and his cousin were going on a motorcycle to their village in Kohistan when they met the accident.

In Oghi tehsil of Mansehra, five persons, including the bride, lost their lives and another woman was injured when a vehicle carrying the wedding guests fell into a deep ravine.

The jeep was carrying wedding guests from Syed Abad Chor Kalan village of Mansehra to Tali village in Torghar when it fell into a deep ravine in Banjai area due to over speeding. Sources said two women, including the bride, and three men died in the accident, while a woman was injured. All the deceased in the accident are stated to be close relatives.