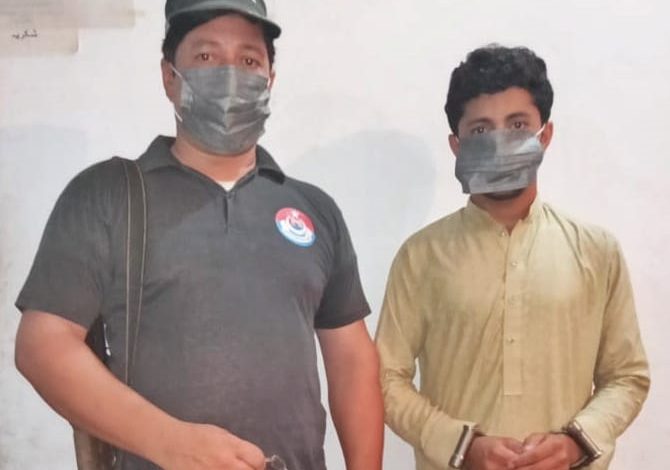 NOWSHERA: Nowshera Police have arrested an accused involved in alleged sexual abuse of a nine-year-old girl. The alleged culprit is a cousin of the victim girl.

A woman filed a report with Akbarpura Police Station on Saturday that few days ago her daughter came to house crying and told her that her cousin took her to the fields where he subjected her to sexual abuse. She said the accused belonged to the family, therefore, the family members initiated efforts for a patch-up. She said the family members were requesting her not to lodge complaint due to which she could not approach the police timely.

The victim girl was sent to hospital for medical tests the results of which are awaited.

District Police Officer (DPO) Najmul Hasnain took notice of the matter and ordered the concerned police station to arrest the culprit. The police team raided various places and arrested the accused within few hours of filing of the complaint.

Police said the accused during initial interrogation confessed to his crime. Further investigation in the case is underway.

So many incidents of sexual abuse of children have taken place in Nowshera recently. Accused in most of the cases have been arrested. Despite stronger legislation and strict punishment for culprits of such crimes, this practice is not coming to an end which is an alarming sign for parents of the children. Police and authorities advise the parents never to leave the children alone in any case.

On June 17, a six-year-old girl was sexually assaulted in Nowshera.

The girl was sexually assaulted allegedly by the accused in Talab Koroona, Misri Banda. However, the girl showed a lot of courage and foiled the attempt of the accused.

Police said the girl, Bismah, started beating the accused and cried and shouted. The people gathered at the spot after hearing screams of the girl after which the accused fled the scene.

On May 16, a barber allegedly tried to sexually abuse a 12-year-old boy in Misri Banda area of Nowshera. However, the boy resisted and started shouting a crying and managed to save himself. The barber left the shop after failed sexual abuse attempt and escaped from the scene.

A day earlier, police arrested an accused involved in sexual abuse of a seven-year-old boy in Nowshera Kalan area.