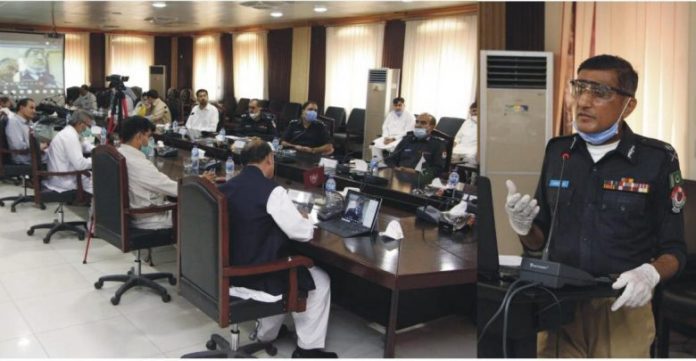 Addressing an online seminar at Abdul Wali Khan University Mardan (AWKUM) on policing in merged districts and role of police during coronavirus pandemic on Monday, the police chief said the process for recruitment of police on over 2,000 vacancies in merged districts will start soon. He said 28 new police stations and police lines will also be set up in tribal districts.

The IGP said the people of tribal districts have warmly welcomed the police. He said traffic management system, e-challan system, computerised driving licence and character verification has been introduced in these areas with success which will help the local youth get jobs in foreign countries.

Sanaullah Abbasi said there is no room for torture in KP Police. He said the self-respect and dignity of every citizen will be ensured.

About the coronavirus pandemic, the police chief said at least 116 policemen have contracted coronavirus in KP so far and six of them have lost their lives to the illness. He said the KP Police besides ensuring implementation of smart lockdown is also creating awareness among the citizens.

The AWKUM Vice Chancellor Prof Dr Zahoorul Haq said in his address that according to the Higher Education Commission (HEC), the university stands second and it has 200 PhD faculty members.

The vice chancellor said AWKUM has offered services for modern training of Khassadar and Levies personnel in merged districts through its law and management sciences departments. He said AWKUM has the faculty and books required for the training purpose. Prof Zahoor said AWKUM also wishes to conduct research on the socio-economic conditions of the merged tribal districts. He said the university can contribute Rs2.5 million fund for data collection for this purpose.

The police chief and other guests also visited the AWKUM library and appreciated the digital system being used for issuance of books.