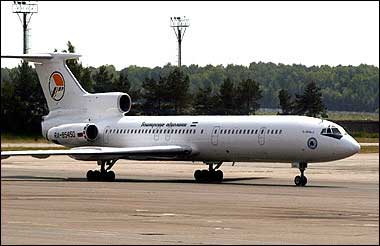 PESHAWAR, 25 December: A Russian plane carrying  92 people including military personnel and journalists has crashed into Black Sea on Sunday Morning.

A statement issued by Russian defense ministry said the Syria bound plane was carrying military personnel and members of a military music band when it crashed into the Sea due to reasons yet to be known.

Nine journalists and eight crew members  were also on board, the statement added. However, reports suggest that no one has survived the incident.

The Russian defense ministry  said that the plane took off from Moscow airport and landed at Sochi airport for fuel filling. But it lost contact with radar 20 minutes after taking off from Sochi airport, the ministry added.

The military personnel and members of the band on board had to participate in a ceremony organized in connection with new year in Syria, the statement said.

Some reports suggest that the crash has been caused by bad weather.

A rescue operation was launched in the sea following the incident. Russian government has kicked off investigations to ascertain the reasons of the plane crash.