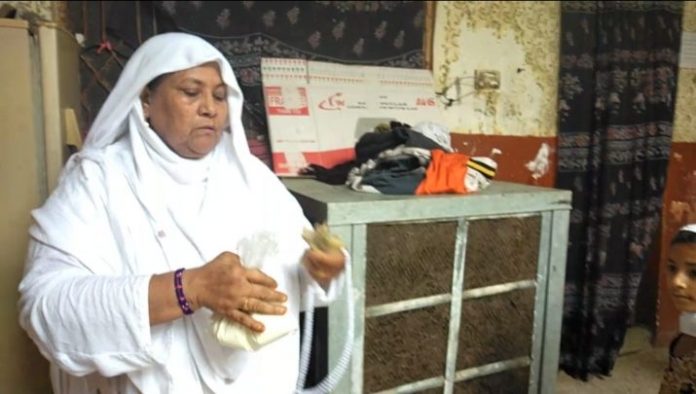 PESHAWAR: Our family was living under extreme poverty. One day I noticed an old swing of my son in my house. I fixed that swing in my house and started entertaining the kids of my neighbourhood and also started work as labourer in a quest to make ends meet.

Bas Pari, known as Babo in her neighbourhood, who hails from Wazir Bagh, said this while talking to TNN. She said she has not confined her livelihood to the swing for children in her house, rather she also do physical labour to look after her family. She said when her family was facing extreme poverty, she start work as labourer at the under construction house of her brother-in-law on daily-wage.

Bas Pari said when she gained some stability from earning of the swing, she installed a bigger swing made of iron in her house for children of her neighbourhood. She said her husband used to work in a dairy shop and bring yogurt to home. She said she used to make lassi from yogurt and sale it in the neighbourhood to earn livelihood. She said she managed to arrange marriage for her four daughters with these meagre resources.

The courageous woman told TNN that she dug the foundations of the house in which she is living and then also filled it on her own. He said she did all the labour in construction of her house. She said she also makes pickle, yogurt and lassi in her house and the neighbourhood people buy these items happily.

Babo said she endured all the difficulties and helped her husband and family come out of extreme poverty and nowadays they are living happily. She is particularly happy over the fact that she has also performed Umrah with her hard-earned money.

Babo said she wants to tell every single woman that there is nothing wrong if a woman decides to work to support her family. She said there is not even a single instance where someone has criticised her efforts. She said she has earned great respect in her neighbourhood due to her hard work and dedication. She said she is still doing the same jobs and turned the challenges of her life into opportunity for establishing a small business.

She said education and technical training of children is must to ensure their bright future.