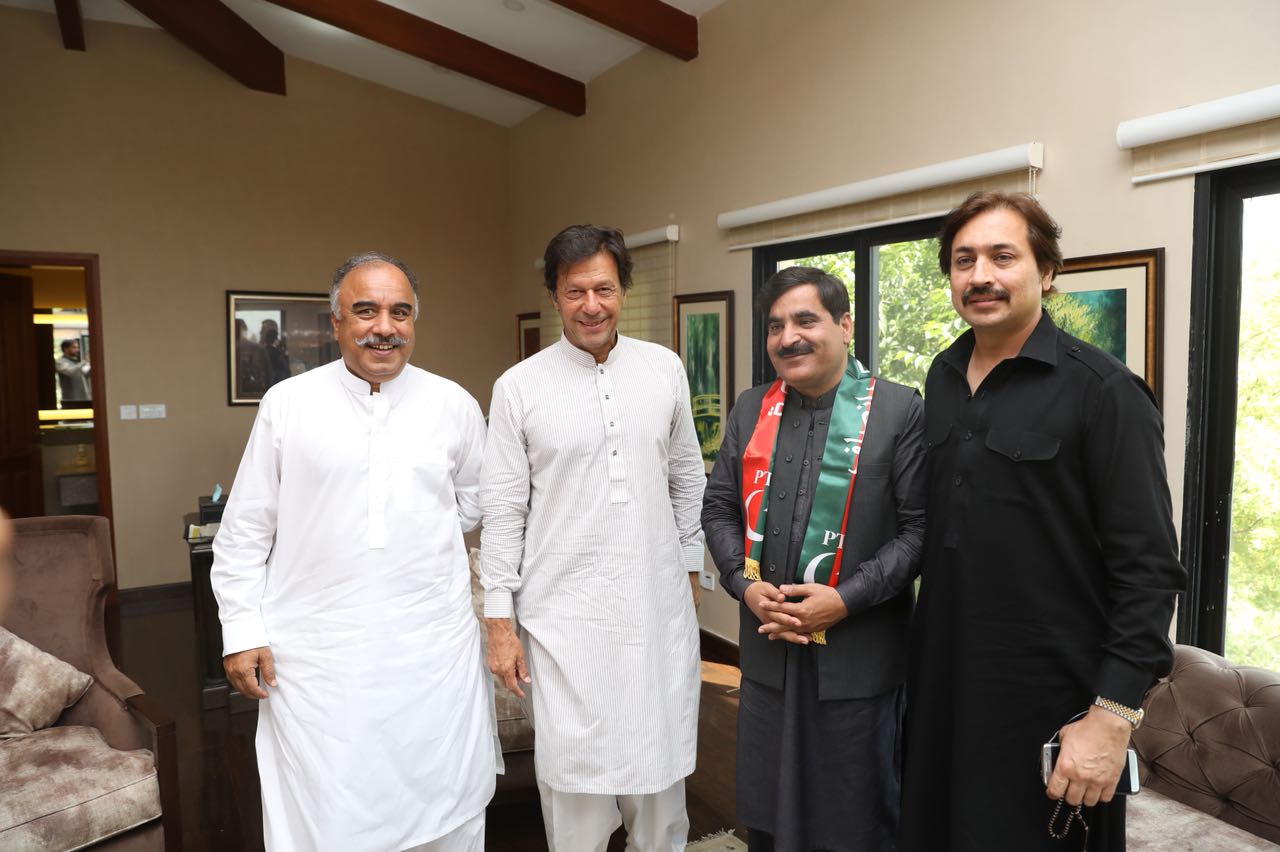 ISLAMABAD: The Pakistan Tehreek e Insaf party has given another blow to Pakistan Muslim League (N) as two of its most important leaders Musa Zai and Bilal Virk join PTI.

A formal announcement for the move was announced on Saturday through a picture that circulated on social media networking website Twitter in which chairman PTI Imran Khan and provincial minister Shah Farman were standing with Musazai, who was seen wearing PTI’s flag over his shoulders.

The members of PTI in this regard confirmed that Musazai has formally joined the party in Islamabad during a meeting with the chairman of the party.

Nasir Musazai stood as a candidate of PMLN from NA4 in 2017 by-election 2017 and he had lost from PTI candidate Arbab Amir Ayub.

It is pertinent to mention that he had secured more than 24,000 votes in the election. There were rumors about Nasir that he had joined Awami National Party.

Meanwhile, another important leader and member of National Assembly (MNA) Bilal Virk has also parted ways with his party and joined PTI.