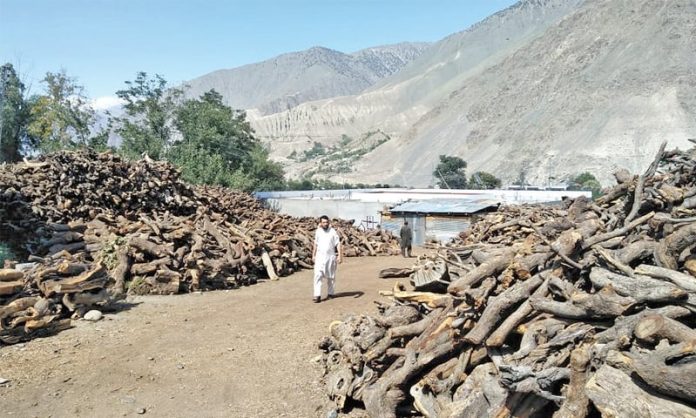 Pakistan Muslim League (PMLN) government had in its tenure approved setting up of three LPG plants in Drosh, Ayun and Chitral town. Authorities had also acquired land for these plants. Besides former Prime Minister Shahid Khaqan Abbasi had inaugurated the project during his visit to the district.

However, the ruling Pakistan Tehrik Insaf government, after coming into power scrapped the project.

Din Muhammad, a resident of Singur village told TNN that he had sold his land for construction of the LPG plant. He said that they were hopeful about getting clean energy which will also protect areas’ limited forests.

Mr Muhammad demanded the Prime Minister Imran Khan to resume the work on the project.

Akraumuddin, another local said that after scrapping the Chitral LPG projects, federal government shifted them to the Gilgit. He said that people were forced to purchase firewood at exorbitant prices, which was also damaging the environment.

Zeeshan Rehmat, a student said that current government was claiming to plant 10 billion trees. However, he said that the decision to scrap the LPG project has increased pressures on Chitral scarce forests. Mr Rehmat said that oak trees which are harvested as firewood has a very slow growth rate.

He said that Chitral’s mountains have been cleared of tree cover due to incessant cutting.

Chitral burns over 23 million maunds of firewood a year

Government figures showed that the Chitral district firewood needs stand over 23 million maunds a year. About 95 per cent of firewood comes from oak forests, which are located only in southern parts of the district. Oak is a slow growing tree and a mature trees requires about 100 years to grow.

However, chopping of such trees requires just a few minutes.

The locals said that they were forced to burn firewood for cooking and heating purposes in the absence of an alternative. They said that the firewood besides destruction of scarce forests also damaging the environment with smoke.

The district is also facing grave threats from climate change as its centuries old glaciers are rapidly melting. Over the past few years, several incidents of glacial lake outburst floods have hit many villages across the district.

Locals said that current government despite claiming planting billions of trees was also forcing them to chop trees to cook food. On the other hand, they said that deforestation was leading to floods and other natural hazards.