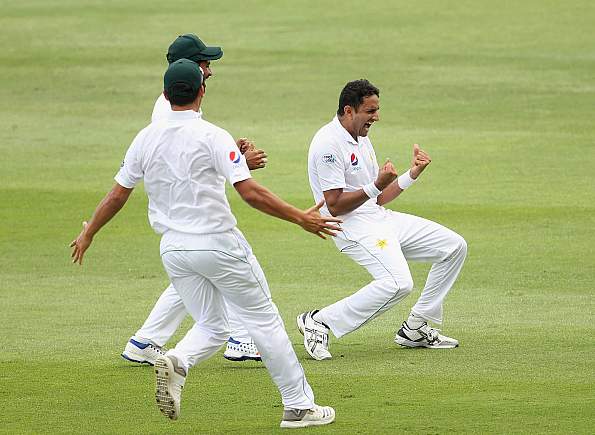 According to latest rankings issued on Sunday, Mohammad Abbas gained third spot after leaping 11 points due to his brilliant bowling in the just concluded series against Australia in the United Arab Emirates. He took 17 wickets in the two Tests. In the second match in Abu Dhabi, Abbas picked up a 10-wicket haul. He was declared player of the match and player of the tournament for his brilliant feat. Abbas is now just behind James Anderson (899 points) and Kagiso Rabada (882) ahead of him.

The 28-year-old bowler has also become joint second-fastest Pakistani to 50 Test wickets and his career average of 15.64 is the best for any bower with 50-plus wickets in the last 100 years. He already has four five-wicket hauls in 10 Tests.

South African pacemen Dayle Steyn, who was once top-ranking Test bowler, predicted few days ago that a new world number one bowler is in the making and now Abbas is just two steps away.

In the Team Rankings, Pakistan are placed seventh, now just two points behind the sixth-placed Sri Lanka. Australia have slipped to fifth position after 1-0 defeat in the UAE series.