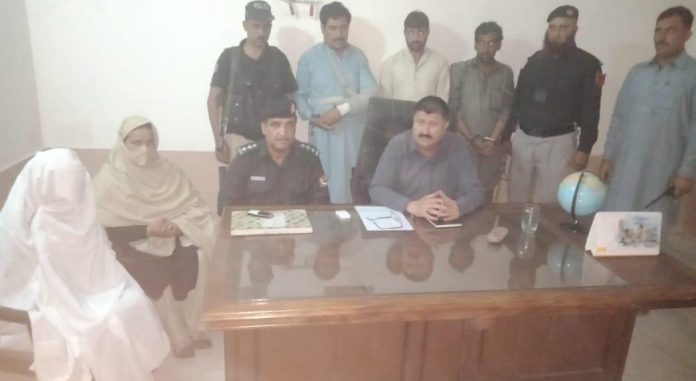 NOWSHERA: Nowshera Police have recovered a female student of FSc, who was kidnapped from Chowki Mamrez area four days ago, and also arrested three suspects involved in the kidnapping.

After publication of an interview by the mother of the victim girl by TNN, the provincial government and police chief took notice of the incident. A team of Pabbi Police Station during a successful raid recovered the abducted girl from Peshawar on Thursday.

Four days ago, Shahjehan filed a report with police saying that his sister Samreen Afsar was in her home when their relative Imtiaz along with his friends kidnapped her on gunpoint.

Two days ago, Shamim Bibi, the mother of the victim girl, expressed lack of confidence on police in her application at the District Courts Nowshera and threatened self-immolation in front of Pabbi Police Station if her daughter was not recovered. Pabbi Police personnel conducted a successful raid in Sufaid Dheri area of Peshawar and recovered the girl safe and sound and also arrested main accused Imtiaz and his friends Bilal and Ghulam Haider.

Samreen Afsar was presented in the court of Civil Judge/Judicial Magistrate Seemab Waheed Siddiqui where she identified the kidnappers. After recording Samreen’s statement, she was handed over to her brother and mother. The court sent the three accused kidnappers on physical remand to police for two days.

Shameem Bibi said that after refusal of the marriage proposal, her family was continuously receiving threats and they live under extreme fear and uncertainty. She had also demanded security as her family is poor and could not confront the influential rivals. The KP police chief took notice of the incident and the girl was recovered within three days.