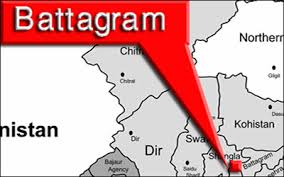 BATAGRAM, 19 July: A teenager girl abducted two months ago has been recovered by police from tehsil Alai of the district, police said here on Tuesday.

According to the Batagram police station SHO, the 18-year old Gul Rangeeza Bibi was abducted by one Saif ur Rahman in connivance of nine other accomplices from Ajmeri area some two months ago.

The police officer informed that all the alleged kidnappers were arrested from Ajmeri area.

It merits a mention here that chief justice of the Peshawar High Court had taken notice of the abduction of the teenage girl and summoned DIG Hazara division and district police officer Batagram. The high court chief judge had directed the police high ups to recover the girl at the earliest.