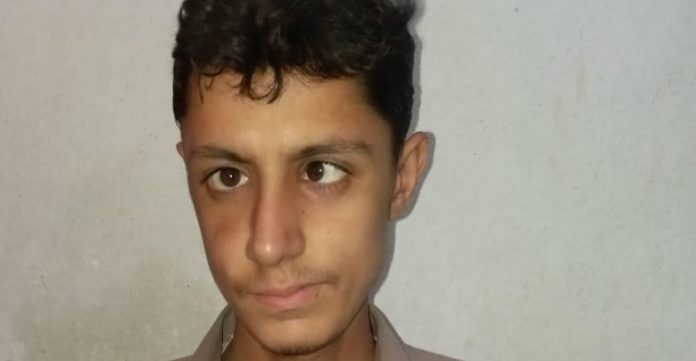 MARDAN: In a backward village of Mardan lives a 15-year-old boy who fights cancer and the menace of poverty at the same time.

Abdul Basit from Rehman Killay says he has the resolve to fight cancer with his courage, but the menace of poverty has also made his life difficult. Abdul Basit told TNN that his father is a taxi driver and he remains busy all the times to feed the family and fulfil their basic requirements. He said his disease has further perturbed his father and increased his worries manifold.

Darwaish Khan, father of Abdul Basit, said while talking to TNN that his son loved his studies from the very beginning. He said his son was diagnosed with cancer three years ago and doctors told him that the disease has spread to his whole body and he might not survive if timely treatment was not provided. He said this news was the worst thing that can happen to a person and he did not know how he will arrange money for his son’s treatment when he is already finding it extremely difficult to make ends meet.

Darwaish Khan said Abdul Basit asked him not to worry as he will work and earn money for his treatment. Wiping tears from his eyes, Darwaish told TNN that extreme poverty has compelled him to allow his cancer patient son do labour for his treatment. He said he has to do it because there is no other way to save his son’s life. He appealed to the government and well-off people to help him for treatment of his son.

Abdul Basit said he is getting treatment from Irnum, the biggest cancer hospital of Peshawar, but sometimes he had to return home without treatment due to financial problems. Sources said the Zakat fund of the hospital sometimes don’t reach to deserving patients like Abdul Basit.

Sources said there is a proper procedure for spending of Zakat funds of the hospital under which deserving patients get about half of their treatment charges. However, in case of no funds, the hospital administration remains reluctant to release money for patients.

The hospital administration said thousands of patients are registered with them and it is impossible to provide free of cost treatment to every patient. It said sometimes patients did not get treatment due to lack of funds.

Abdul Basit said cancer has not deterred his resolve to get education. He said it is becoming increasingly difficult to get education and do labour with this disease, but he is not among those who lose courage. He has recently passed the ninth grade exam and he is looking to go ahead with his education.