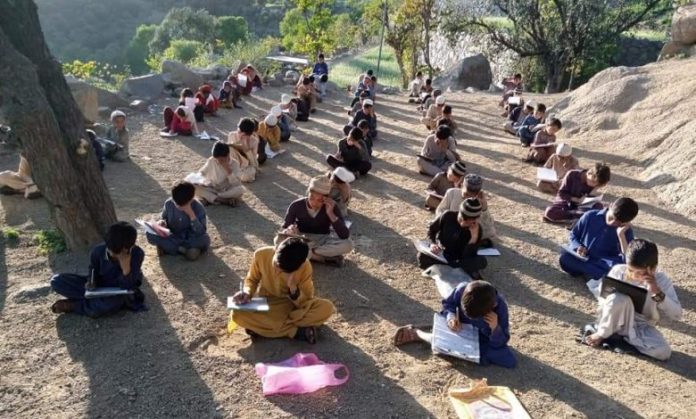 Hina Bibi, a resident of Inayat Killay area of Khar tehsil of Bajaur district had to abandon her studies after matriculation. The reason for her abandoning studies was the absence of college or higher secondary school in her area.

She told TNN that the district’s only women degree college was over seven kilometres away from where she lived. Besides she said that her area also had no access to public transport. “I wanted to excel in education; however, could not pursue my dream to absence of educational facilities,” she said.

Ms Hina said that the many other girls across the district have faced the same predicament. “Academic hopes of large number of females come to an abrupt halt,” she said.

Nearly 3,000 boys and girls abandon their studies annually due to insufficient number of higher secondary schools and colleges in Bajaur.

Details obtained from the district education office under the Right to Information Act 2013 show that number of class X male and female students stood at 2887. On the other hand, 2802 students were enrolled in first year, leaving behind 83 students.

Besides, 3000 students pass their matriculation examinations from private schools.

On the other hand, about 1880 students turned up for admission in Government Degree College Khar for first year admission. The college has only 270 seats, while 1610 students were left without high and dry.

Two other boys’ colleges and girls’ college also face the same situation. Many of the students are forced to go to Peshawar to peruse their studies while those who could not afford abandon studies.

Details obtained under the RTI Act showed that the authorities to failed to operationalize higher secondary schools despite many promises.

There are 107 public and private schools in Bajaur

Thousands of students pass their matriculation examination from 107 government and private high schools in the district. At the same time, there are only four degree colleges and three higher secondary schools to adjust this number of students.

When TNN approached the KP minister for zakat and usher Anwar Zeb Khan said that PTI government was taking revolutionary steps for promoting education in the district.