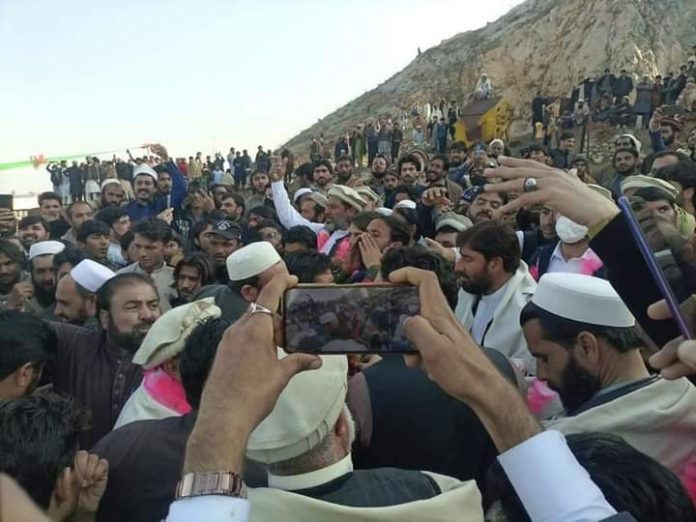 Khyber district administration and Shalobar tribe have agreed to reopen nearly 80 stone crushing plants after closure of about 13 years.

Following the agreement, the tribesmen announced to end their protest and siege of the main road. Besides they also ended their boycott of polio vaccination drive. The protest was going on for past four days.

The stone crushing plants were closed down during the 2009 military operation. The closure had left nearly 10000 people jobless.

Earlier an official had told the TNN that Besai Ghar, where the plants were located was like cover for the security installation in the area. The official said that the area housed an FC fort, firing ranges and levies center; therefore, it was unlikely to open.

The symbolic opening of the crushing plants took place at the Besai Mountain. Assistant Commissioner Bara Naik Muhammad Bangash, joint jirga of Afridi clans and Shalobar tribal elders were present at this occasion.

The elders and officials administered polio drops to children at this occasion.

Asghar Jan, a Shalobar elder told reporters that the protesters had linked the reopening of crushing plants with the ending siege of Pak-Afghan Highway and polio vaccination. He said that government agreed to their demand of reopening the crushing plants after the talks.