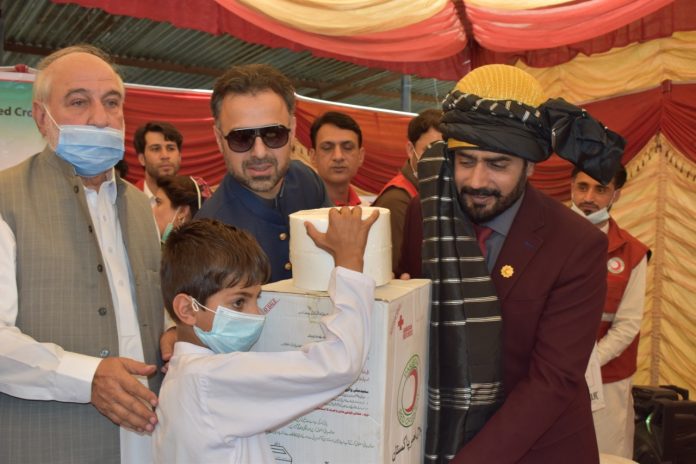 PESHAWAR: Chairman Pakistan Red Crescent Society (PRCS) Abrarul Haq has said that PRCS is ready to serve the people in the tribal districts more than the rest of the country.

During his visit to the PRCS Headquarters for merger districts in Peshawar, Abrarul Haq said that the Red Crescent has so far distributed water filtration kits among up to 5,500 families in the tribal districts through Moment Partner. He said water filtration kits will not only reduce the diseases and will also increase the awareness of hygiene among the people.

Addressing the ceremony, Abrarul Haq said that he had formed his organisation in the spirit of serving the people of the suburbs and the process of reconstruction in the tribal districts needed to be taken forward. He said that in the style of Red Crescent, such institutions serve the people in 192 countries. Later on, talking to the media, Abrarul Haq, who is also a famous singer, announced to highlight the problems of people of merged district through a song and said he would like to sing in Pashto so he is requesting a local singer to come and sing Pashto song with him.

Chairman Red Crescent for Tribal Districts Asif Khan Mehsud said that providing all basic facilities to the people of merged districts is the top-most priority of PRCS-MA. He said erstwhile Fata has been integrated with Khyber Pakhtunkhwa, but no concessions have been made yet. Furthermore, he said that important health and education issues of the tribal people are awaiting attention.