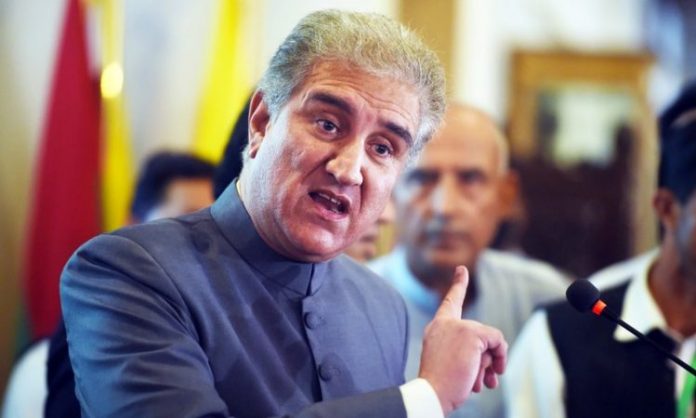 PESHAWAR: Foreign Minister Shah Mehmood Qureshi said on Tuesday that a political solution was required for resolving the Afghan problem and abrupt departure of US troops from the country may prove disastrous.

In an interview with BBC from London, the foreign minister said abrupt departure of US troops without a proper understanding or arrangements may prove extremely dangerous. He said no one wants in-fighting, civil war or mismanagement in Afghanistan.

The minister said Pakistan is hosting 2.7 million Afghan refugees and now it wants the refugees to return to their country with honour. He said Pakistan didn’t want influx of refugees and want to resolve the matter carefully. About the capability of Afghan troops to take over security arrangements from the US troops after their departure, Shah Mehmood said it depends on timing of the departure.

Mr Qureshi said relations between Pakistan and the US are improving. He said his meetings with US Secretary of State Mike Pompeo in Islamabad and the US were constructive. He believed that the bilateral ties were moving in right direction and the US has more trust in the current government of Pakistan.

He said there are no pre-conditions to the Afghan talks and everything is being discussed at the negotiations table. He said the Afghan Taliban are constantly denying holding talks with the Afghan government. However, he said, the issue must be discussed and progress should be made in the talks with a realistic approach.

The minister said Prime Minister Imran Khan has repeatedly emphasised that there is no military solution to Afghan problem. He said political settlement is must to resolve the Afghan issue. He said Pakistan played the role of facilitator when the Trump administration expressed willingness to engage the Taliban into the talks. He said the talks in Doha and Abu Dhabi were constructive. He said a hope is being building for durable peace in Afghanistan, however, final resolution of the issue will take time.