In tribal areas of Pakistan, more than 800 schools have been closed or still remained non-functional due to poor law and order situation in the region. A large number of schools were either damaged or destroyed by Taliban when they were in control of major parts of FATA.

Since majority of displaced populations have returned and law and order situation has improved in the tribal areas, data available with Tribal News Network showed that out of 5000 school around 900 are still either closed or lacking teachers to teach thousands of kids.

South Waziristan has the highest number of  non-functional schools with 346 schools followed by North Waziristan Agency (NWA) with 146 schools.

Hanzala of Sara Rogha tehsil of NWA lamented that around 70 percent of schools in his areas have been non-functional since the region was struck by militancy and terrorism in 2004. People have returned, he said, but schools are still closed with no teacher to come. 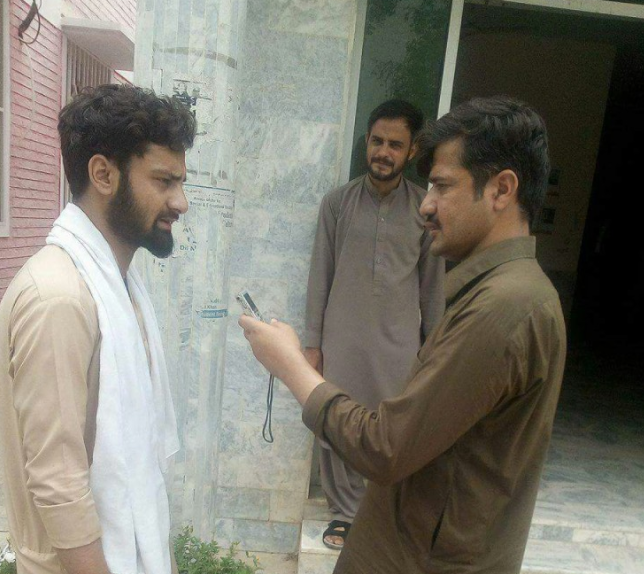 Similarly data showed that 29 girls and 15 boys schools out of total schools are non-functional in Kurram Agency.

“Girls schools are being used for funerals and marriage ceremonies in Chamkani area of Parachinar,” said Gul Rahman, a local resident.

There is no teachers to come while the only middle school in Goganay area is also lying closed, he said, adding that children would benefit if the school was reopened.

Political Agent, Kurram, Baseer Khan Wazir said that work on reconstruction of schools was underway and would be reopened soon.

“We either have started classes in tent-schools or using local hujras as schools in areas where schools are yet to be reconstructed and made functional,” he said.

During militancy, around 69 schools were destroyed in Kurram Agency, the PA said and added that all of them would be reconstructed within next six months.

The situations in Khyber Agency is not different where around 52 schools are non-functional. Assistant Education Officer of the agency Sher Zaman told Tribal News Network that 95 percent schools are functional. Schools that are still non-functional are actually due to non-repatriation of displaced persons, he said. He added the education department has opened community schools at nine places for children in Bara.The Ministry of State and Frontier Region (Safron) has not approved appointment of teachers at schools that are constructed under Annual Development Programme, he said. 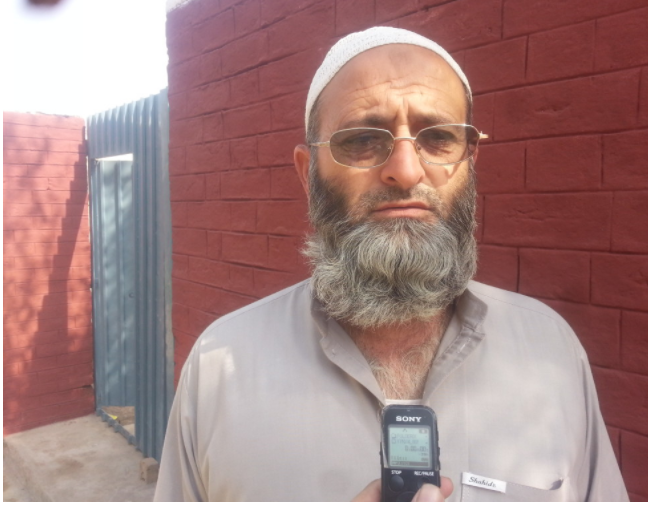 However local people say that a number of schools are yet be reconstructed as students of such schools are taught in tents where they face shortage of drinking water as well as latrines. Journalist Shah Nawaz said that the historical Government High School Alamgudar which is located two kilometers in west of Bara bazaar is among the destroyed schools and education authorities are yet to reconstruct the school.

Educationists censured the government for its inability to reopen all schools and said closure of schools in Fata was tantamount to deprive thousands of children of their rights to education.

Nasir Shah, general secretary All Fata Teachers Association said tribal students are in dire need of education where an illiterate generation in Fata was in the making. “Our generation is already illiterate and preparing another illiterate one in Fata”.

Urging the government to reopen all schools immedialty, he said  while emphasizing on primary education. He added primary education was like a foundation, “A student cannot build a strong academic career if his foundation is week.”

Similarly, residents of Fata demand of the government to make education the highest priority in the reconstruction and rehabilitation of tribal areas as it builds the future generations.

“We understand that this all could not be done over nights but the government should at least make education sector a priority,” demanded Hazrat Khan of SWA.

Though private schools are open and operational, but, given the poverty and unemployment ratio in the agency, everyone here cannot afford to send his children to private school, said Noor Kalam Wazir, another resident of SWA.

Though some schools have been reconstructed for education but the lack and absence of staff made them non-functional. Residents of Shalozan area of Kurram Agency say that seven schools were destroyed in their area and reconstruction work was underway on them but teachers have not showed up since long. 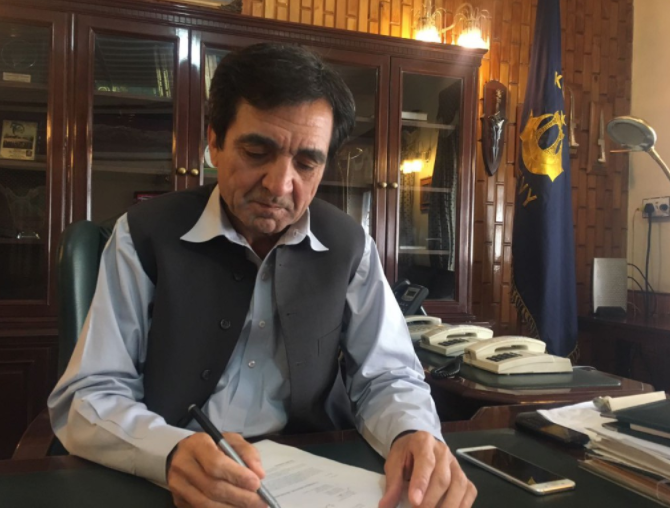 Therefore, they send their children to schools in Sadda, Tendo and other areas and, unfortunately, students, who are too poor to afford public transport fare, have left their schools.

Ruturnees say that lack of school building is not a barrier rather the absence of teacher affect education of their kids.

“Promises made to us are yet to be fulfilled, the problem is non-appointment of teachers, students can take classes under the open sky,” said Akhtar Munir of Bara, Khyber Agency.

Lower Orakzai Agency remained peaceful in the turmoil period and that is why educational institutions are functional there. However educational activities in upper parts of the agency are yet to begin as a number of schools were blown up by militants, commented Malik Muhammad Farooq of Dabori area.

“This schools was constructed 20 years ago and there were over 90 students and two teachers before militancy hit the area,” said head of Urmegi Primary School Malik Haji Siyalbat Khan. Then law and order deteriorated, he added, forcing the locals to shift to safer places, spending years out of the area, he said and added now peace prevails and people returned 10 months ago but the teachers have not returned since then, Malik Siyalbat Khan said.

He claimed locals had reminded the education department to send teachers to the school but fallen on deaf ears.

Therefore students of the schools have either stopped education or they go other far flung areas for education. “Schools are located in lower Doaba area being far away from students while roads are also in dilapidated condition making it difficult for students to reach their,” he maintained. 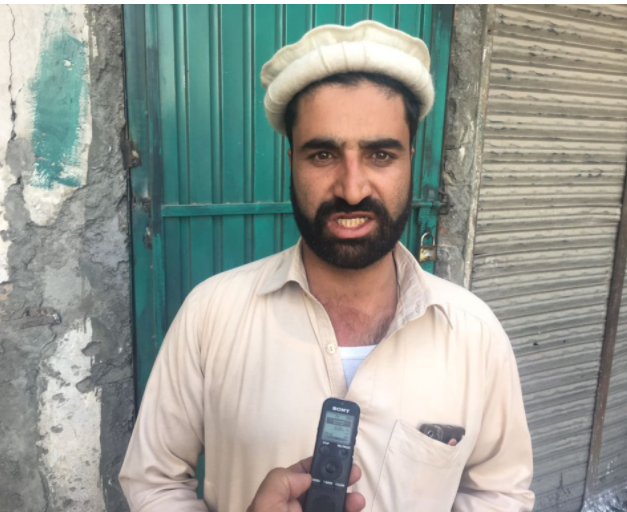 He lamented that most of school-going children were wasting their times with no creative work to do.”I urge the government to reopen Ormegi Primary School and upgrade it to middle level and make teachers available.

Federal Education Ministry in its report said that 58 percent children in Fata are out of school. Fata Education Directorate data showed that there were 1300 non-functional schools, of which 500 have been made functional.

He said that there was no non-functional school in Bajaur Agency and same is the case with Mohmand Agency where a fewer schools might be closed.

Military operations were the major reasons behind closure of schools in South And North Waziristan agencies, Khyber Agency and other parts of Fata.

He added that schools were being opened gradually after repatriation and dismissed claims of Education Department’s inability in this regard. 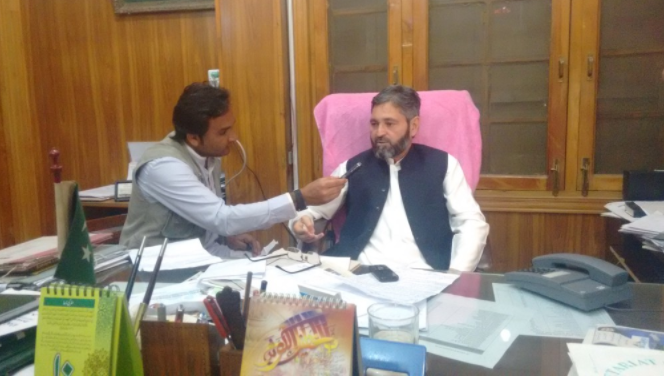 Teachers are available in South and North Waziristan Agencies, he said, but students are not coming which is why we called such schools non-functional.

The director said most of schools have been closed under rationalization policy. But they were reopened soon, giving them a target to improve their enrolment and would be closed permanently if failed to achieve the target.

He said the directorate has been waiting for Safron Ministry approval to make recruitments on vacant posts in 700 educational institutions. There is misconception about functional and non-functional schools, he said, adding that all schools could not be reconstructed and make functional within a year.

“At least 1324 schools were blown up that include fully and partially damage schools,” he said and added that 345 schools were reconstructed under Annual Development Programme.

He said 1919 are either under construction or handed over to donor agencies for reconstruction.

This story has been taken from TNN programme “Da Manzal Pa Lor”. TNN producers Shan Muhammad and Salman Ahmed prepared this programme which was broadcast on five radio stations of FATA and KP