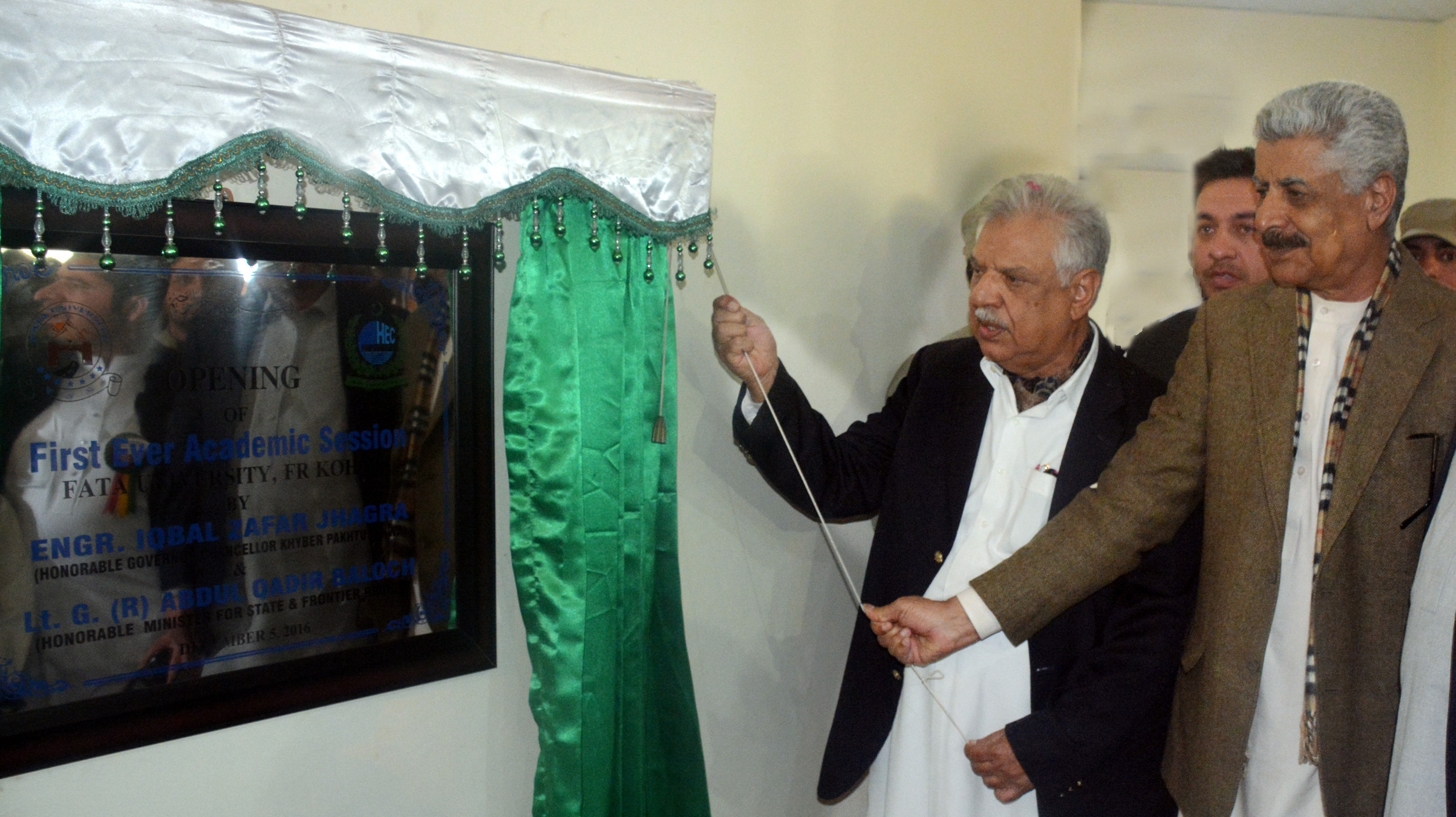 The Fata University is the first ever institution of providing higher education to the people of tribal areas.

Federal Minister Safron, Abdudl Qadir Baloch, Fata parliamentarians, officials of the Higher Education Commission, vice chancellors of various universities, other government officials and large number of students and elders of the area were also present on the occasion.

Speaking on the occasion, the governor said the establishment of Fata University was a long cherished dream of the people of the tribal areas. To materialize the dream, he added, special efforts were made by the government as a result, the university had become functional in a short span of time.

He also appreciated the efforts of the Fata parliamentarian in the establishment of the university and said it reflected their keen interest in making the Education Emergency Progaramme in FATA a true success.

The governor remarked that the government had been struggling to spread a network of colleges and universities in FATA to offer ample opportunities to youth of the area for seeking higher knowledge. He vowed to continue hectic efforts for promotion of quality education in right from primary to university level institutions in FATA.

Currently, four departments have been established in the university including Political Science, Mathematics, Management Sciences and Sociology. As many as 75 students have so far enrolled in the four-year BS program. Interestingly, not a single female student had applied for admission in the university.