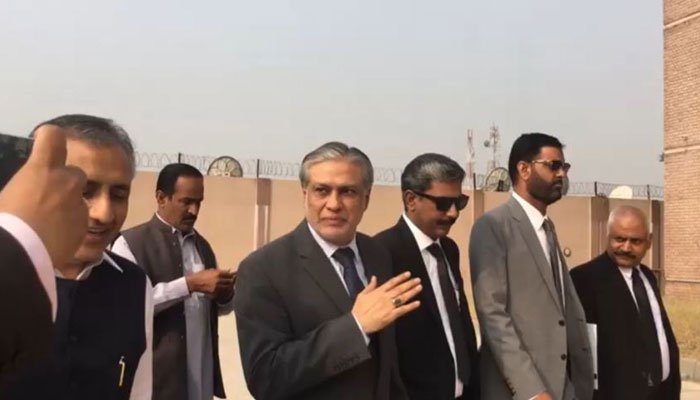 PESHAWAR, 27 September: The Accountability Court of Islamabad on Wednesday indicted Finance Minister Ishaq Dar in a case of assets beyond known sources of income.

However, Ishaq Dar has pleaded not guilty to the charges. The Joint Investigation Team (JIT) formed by the Supreme Court of Pakistan in Panama Papers case in its final report stated that 91 percent increase was witnessed in the assets of Ishaq Dar in a very short time. It said the assets of Ishaq Dar mounted from 9 million to Rs831.7 million. The apex court had ordered the National Accountability Bureau (NAB) in its 28 July verdict to open a reference against Ishaq Dar over assets beyond known sources of income.

The NAB had launched investigations against the finance minister on 20 August and later filed a reference against him in the accountability court. According to media reports, the NAB in its reference has sought action against Ishaq Dar under Section 14-C which carries 14 years punishment.

Media persons were not allowed to enter the accountability court when Ishaq Dar appeared before it.