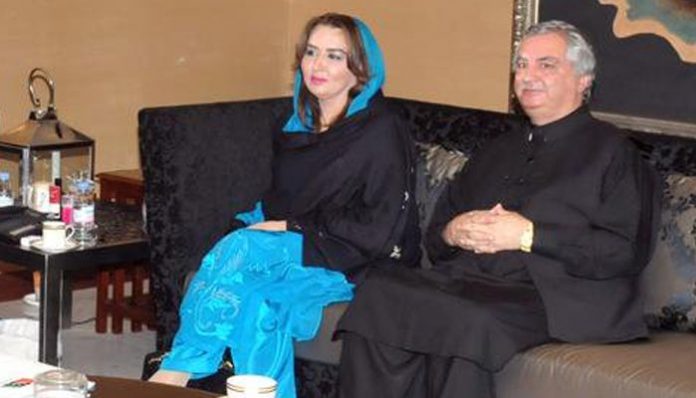 PESHAWAR: An accountability court once against indicted the Former federal minister for communications Arbab Alamgir and his wife Asma Alamgir, a former Member national assembly in a corruption case lodged against them by the National Acountbility court.

Both the senior provincial leaders of Pakistan Peoples Party (PPP) have termed it a political case. They alleged that NAB is being used by the Pakistan Tehrik-e-Insaf (PTI) government for political victimization.

They have filed a petition against the previous indictment in foreign property case which was accepted by the court and dropped the charges. However, they were again indicted in case of accumulation of assets being the known means of income.

Arbab and Asma appeared before the accountability court as it heard a case against them for owning assets beyond known sources of income. The court also summoned three witnesses, Sher Dil, Kaleem Shehzad and Dr Rehan, at the next hearing of the case.

“The national accountability bureau doesn’t have even a single proof on the base of which they have indicted both the leaders,” said their lawyer while talking to media outside the courtroom. The lawyer claimed that the couple has got all the properties and wealth from their forefathers.

Talking to media outside the court, the Asma Alamgir said that they are ready to face accountability as she claimed, they have not committed any wrongdoing. But she asked Prime Minister Imran Khan to bring forward all his ministers for accountability. Asma said that that it is the moral victory of the Arbab family that the court has dropped their indictment in allegation of owning foreign properties.

Arbab Alamgir and Asma Alamgir are considered as one of the richest PPP couples. The National Accountability Bureau (NAB) had filed a reference against the couple for allegedly accumulating assets worth Rs332 million which were beyond their known sources of income.