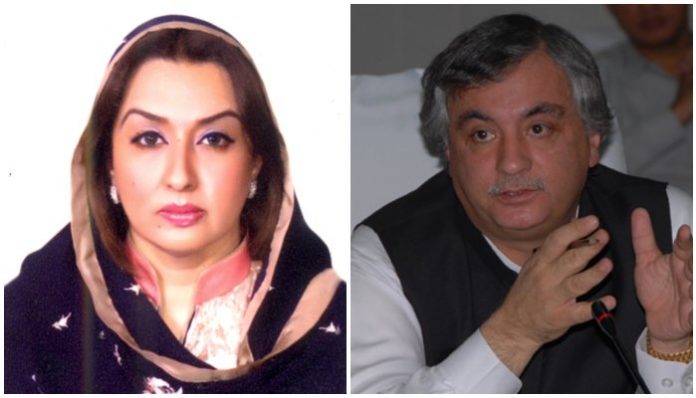 PESHAWAR: Senior leaders of Pakistan People Party (PPP) from Peshawar, Arbab Alamgir and his wife Asma Alamgir, has been indicted by an accountability court in a corruption reference filled by National Accountability Bureau (NAB) accusing them of accumulating wealth beyond known sources of income on Thursday.

The NAB has submitted a reference of Rs332 million to the accountability court against the couple. Senior judge of Accountability court Muhammad Ishtiaq conducted the hearing and indicted both the accused after hearing preliminary arguments from both sides. The judge adjourned the case till January 24 and summoned four witnesses of the prosecution during the next hearing of the case.

The former PPP’s Member National Assembly Arbab Alamgir and his wife Asma Alamgir are considered as the richest couple.  Disclosing their assets as part of the electoral process in July 2018, Alamgir has assets worth over Rs3 billion with three cars and four bank accounts to his name while his wife, Asma Alamgir, is even wealthier, with assets worth Rs4.035 billion. Asma and Arbab jointly have 50% share in four companies.

The couple has contested the elections from Peshawar. Arbab was the PPP’s candidate from NA-30 and Asma from NA-27 on PPP tickets, however; both lost the election to the Pakistan Tehrik-e-Insaf candidates.

“We can prove that all our wealth has come down to us from our forefathers,” claimed Arbab Alamgir while talking to media persons outside the accountability court. “Immovable assets in my name are 200 years old and belong to my grandfather.” He said that he has never hidden his wealth and given complete details of all his family assets to the NAB and the election commission of Pakistan.

Asma Alamgir in her media talk alleged that NAB is being used by the PTI government for political victimization. “Our wealth has never been a secret. We are regular taxpayers,” claimed Asma Alamgir “NAB has turned into a joke of an institution”.