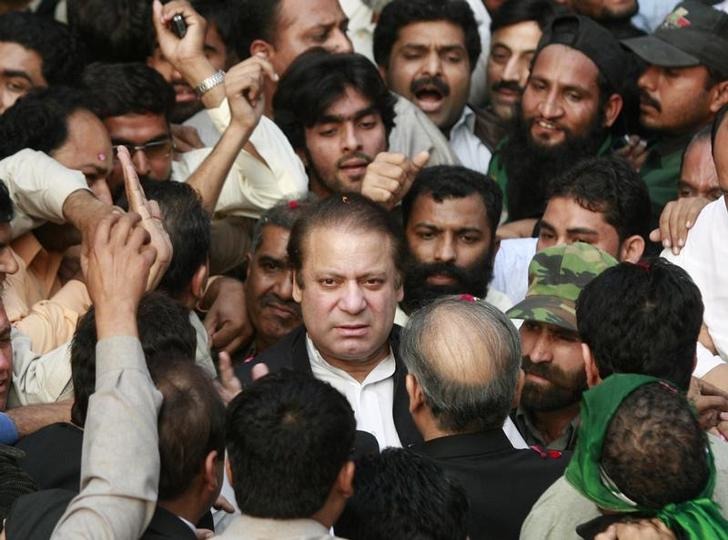 PESHAWAR, 02 October: Ousted prime minister Nawaz Sharif appeared before an accountability court in Islamabad on Monday in connection with the three graft cases filed against him and his children by the National Accountability Bureau (NAB). However, the court did not frame formal charges against him.

According to media reports, Nawaz Sharif arrived in the court amid tight security as large number of his supporters chanted slogans, who were kept at a distance by the security barriers.

The former premier’s lawyer requested the court for his client’s exemption from personal appearance stating that, since his spouse was hospitalized in London, he would be travelling abroad. However, the court did not give verdict on the request.

All the accused in the case including Nawaz Sharif, his children Hussain, Hassan, and Maryam, and son-in-law Muhammad Safdar are expected to appear on October 9, who will be formally indicted.

Nawaz Sharif had appeared before the accountability court on September 26 in connection with the three corruption references filed by NAB against him and his family members in compliance with the Supreme Court’s July 28 verdict.

The Supreme Court had disqualified Nawaz Sharif as member of the Parliament and directed NAB to file references against him and his family members in the accountability court.