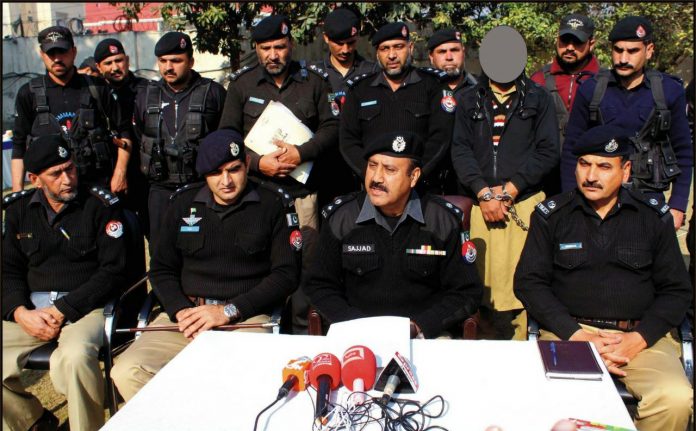 MARDAN: The accused in the murder case of ninth grade student Laiba Irshad in Takht Bhai, Mardan has been arrested, police said on Thursday.

District Police Officer (DPO) Mardan Sajjad Khan told journalists that police conducted a successful raid and arrested Zeeshan, who was a neighbour of the slain Laiba. The DPO said the accused has confessed his crime during initial interrogation.

The DPO said the accused told police that he sent his mother to the house of Laiba three times with a marriage proposal, but her family rejected the proposal after which he took this extreme step. Sajjad Khan said it was a test case for Mardan police and the accused was arrested within a week. The DPO said he was personally monitoring the case regularly. He said the weapon used in the murder was also recovered.

The accused Zeeshan is also a youngster and a student of 10th grade and a resident of Asif Ali Killi. Two days ago, Mardan Police had arrested 14 suspects, including school teachers and students, in connection with probe into the murder of Laiba who was a ninth grade student of Working Folks Grammar School and College.

A week ago, Laiba was going for a tuition class along with her younger brother Ilyas when she was shot dead near Takht Bhai High School. A police team was formed to investigate the matter after the incident, which arrested 14 suspects, including teachers and students, and shifted them to an undisclosed location for interrogation.

A day after Laiba’s murder, the students and teachers of Working Folks Grammar School and College and local people staged protest for the arrest of the culprit behind the murder. The protest ended after assurance by police to arrest the culprit soon.

A woman has allegedly killed a guest woman and her son in Sao Dher area of Katlang tehsil in Mardan.

Police said a woman and her son were invited as guests in a house in Mardan, but they were shot dead by the host woman. The reason behind the incident could not be ascertained immediately.

Police reached the spot and arrested the woman on the spot, while her husband managed to escape from the scene. Police said they are conducting raids to arrest the husband of the woman.