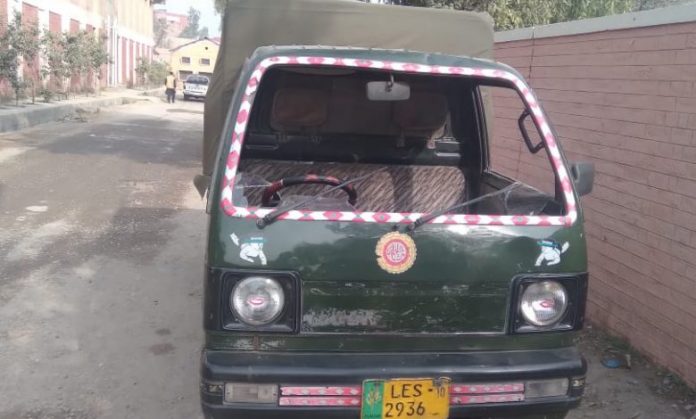 JAMRUD: An accused involved in attack on transgender persons has been arrested.

Local sources said a vehicle of transgender persons was attacked and set on fire along with the sound system after which the transgender persons had lodged a first information report (FIR) against the accused. Jamrud police took immediate action and arrested an accused and raids are continuing to arrest the remaining accused.

The transgender persons have demanded justice and also compensation for damages.

On January 12, a transgender person alleged that a rape attempt was made on her at the Lady Reading Hospital (LRH) Peshawar.

Transgender person Aarzoo said she went to the fifth floor of the new block of LRH with her guru (leader) Jaidi for her blood test. She said the blood sample was taken at the laboratory and they were asked to inquire about it after one and a half hour. She said she requested the workers that it would be too long and kindly try to provide test results a bit earlier.

Aarzoo, who claims to be the president of transgender community in KP, said a person appeared from another room and asked her to come to that room and touched her inappropriately. She said she slapped the man and a quarrel started.

After the quarrel, Aarzoo made a video on her cellphone in which she accused the technicians of assaulting her.

On November 08, a transgender person was allegedly gang-raped by seven persons in Takht Bhai area of Mardan after which the main accused was arrested.

The victim transgender person Adnan alias Khushi, a resident of Hashtnagri area of Peshawar, told police that she was returning to Peshawar along with another friend, Afaq Jan, hailing from Nowshera, after a dance party at a wedding ceremony in Shergarh when a group of young men travelling in three vehicles intercepted their car near Rahman Town on the Malakand Road. The 21-year-old transgender person said that the accused forcibly took her to fields and she was gang-raped for two hours. She alleged that she was tortured by the assaulters when she resisted them.