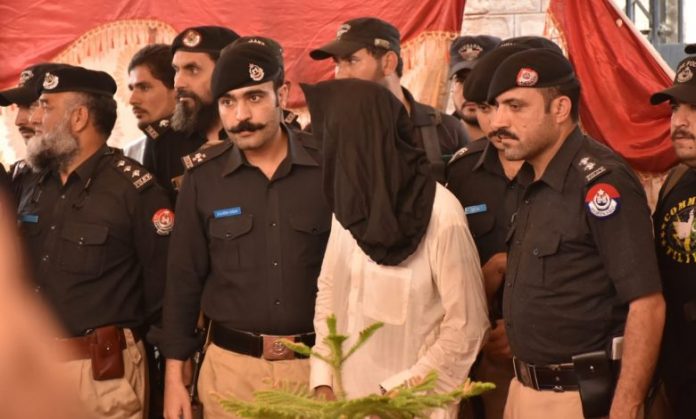 CHARSADDA: The main accused of sexual abuse and murder of two and a half years old Zenab of Charsadda was produced in the court second time on Saturday where he pleaded not guilty.

Police said the main accused, Lal Muhammad, was produced in the court of Civil Judge Sheraz Firdous. Sources said Lal Muhammad is not mentally sound and his conversation is not easily understandable.

Police also produced a senior teacher of disabled persons as interpreter of the accused. Senior teacher Karim Shah is a grade 17 employee at Social Welfare and Special Education Department. Police said the services of interpreter were acquired to understand the communication of the main accused.

According to police, the accused pleaded not guilty during the court proceedings. Judge Sheraz Firdous ordered sending the accused to jail. Lal Muhammad will be produced in the court again on October 31.

On October 10, the key suspect involved in the sexual abuse and murder of Zenab was arrested in Charsadda.

The suspect is aged between 45 to 50 years and he is a resident of the same village.

After the gory incident government ministers and high-ranking police officials visited the area to offer condolences with the victim family and assured it of justice.

Father of the victim girl, Akhtar Muneer has demanded public hanging of the culprit involved in murder of his daughter. He expressed satisfaction over the action of law enforcing agencies in the case. However, he demanded that his family must get justice by hanging the culprit in front of him.