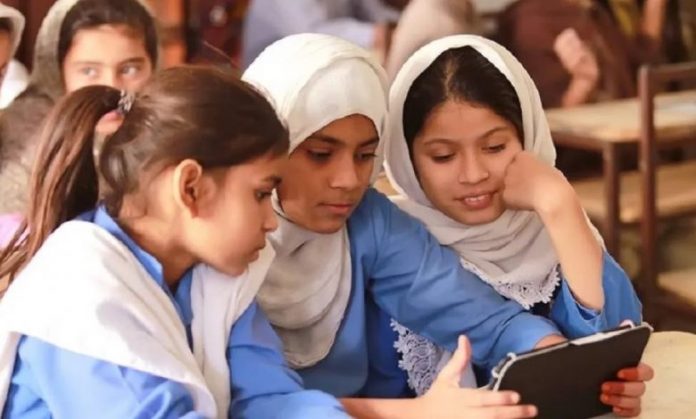 PESHAWAR: The Khyber Pakhtunkhwa Elementary and Secondary Education Department Tuesday decided to launch ‘Tablet in a School’ initiative in all districts to put the working of public sector schools on modern lines by keeping them connected to the department.

Decision to this effect was taken at a meeting chaired by KP Minister for Elementary and Secondary Education Shahram Khan. The project is part of the digitalisation of the working system of schools. Under the initiative, tablets would be distributed among schools of all districts of KP to provide complete information on daily basis regarding attendance of teachers, students, available facilities, details of current and vacant posts of teachers in schools, school results and e-transfers among others issues. All information would be sent to the server on daily basis through software, according to which monitoring and decision-making will be done at the district education offices, Directorate of Education and secretariat level.

Shahram Khan Tarakai said this project would be linked with the smart school project under which all the school systems were going to be digitised. He directed the authorities to present a plan of action for the implementation of the project at the next meeting and suggested seeking assistance from Khyber Pakhtunkhwa Information Technology Board for better performance of software and other technical matters. He also directed the education authorities to digitize the Directorate of Education within a week.

The minister directed to start the second phase of second shift schools program as soon as possible and issue a transfer order through e-transfer next week while giving a 10-day deadline for school leaders and scholarships programs to approve the project proposal. He also directed finalization of the promotion cases of teachers of different cadres within a week.

Managing Director Elementary and Secondary Education Foundation Zarif Al-Maani was also directed to give a detailed briefing on the institution next week in which progress of the institution would be reviewed.