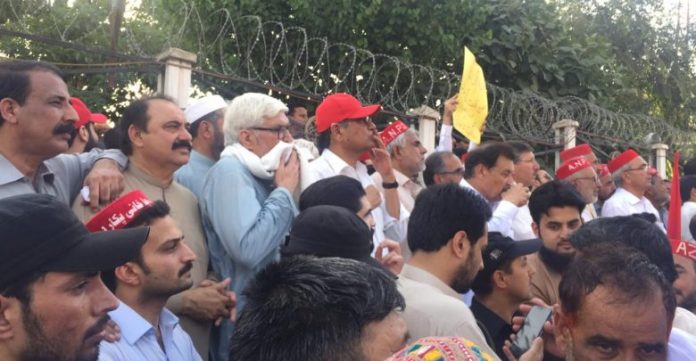 PESHAWAR: The administration of South Waziristan on Monday issued a letter to political leaders and election candidates warning them of attacks by terrorists on their political gatherings and rallies to sabotage the election process.

The threat letter was issued amid the already tense situation in the district since the Khar Kamar incident in North Waziristan where the administration has recently withdrawn the curfew. The district administration has directed all the candidates to keep their political activities in certain limits to avoid any untoward situation before the general election scheduled on July 20.

The provincial government has already delayed the election by 18 days by writing a letter to the Election Commission of Pakistan due to the prevailing security situation in the district.

The threat letter issued by the South district administration said that banned organizations are planning to sabotage the political activities in wake of the first-ever election in the tribal belt. The letter said that the political leadership would be targeted, therefore, they were asked to be careful during the election campaign.

The election on 16  KP assembly seats will be held on July 20, however, in both, North and South Waziristan, it is Overshadowed by bad security situation after the May 26 Khar Kamar tragedy.

In the North Waziristan, the district administration already imposed section 144 due to which the political parties and independent candidates are facing problems to run their election campaign. While addressing a press conference in Bannu, two independent candidates – Jamal Dawar and Mir Kalam Wazir – has stressed the government to withdraw the section 144 and release the two Members National Assembly (MNAs), Mohsin Dawar and Ali Wazir at once.