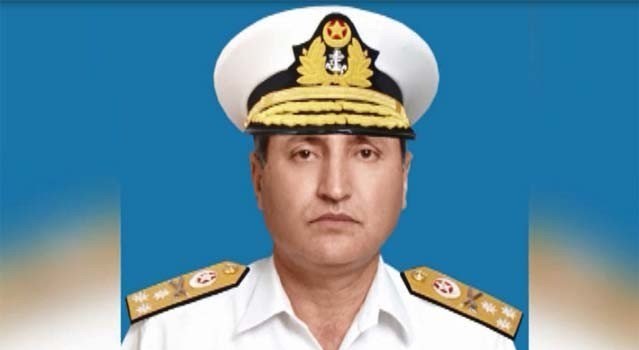 A guard of honour was presented to the outgoing and incoming naval chiefs at the ceremony, a press release issued by the navy said.

Admiral Abbasi was commissioned in the navy’s operations branch in June 1981. He got training at Britain’s Royal Naval College, Dartmouth. He too won Sword of Honour from the Pakistan Naval Academy after getting his commission.

He has headed a number of organisations, including the Pakistan Naval Academy and the Maritime Security Agency. During his posting in Bahrain, Admiral Abbasi held command of a multi-national combined task force.

His key staff appointments include Assistant Chief of Naval Staff (Plans), Chief Inspector (Navy) and Deputy Chief of the Naval Staff (Operations). At present he is serving as the Chief of Staff at Naval Headquarters.

The flag officer is a graduate of Islamabad’s National Defence University and the Royal Australian Navy Staff College.