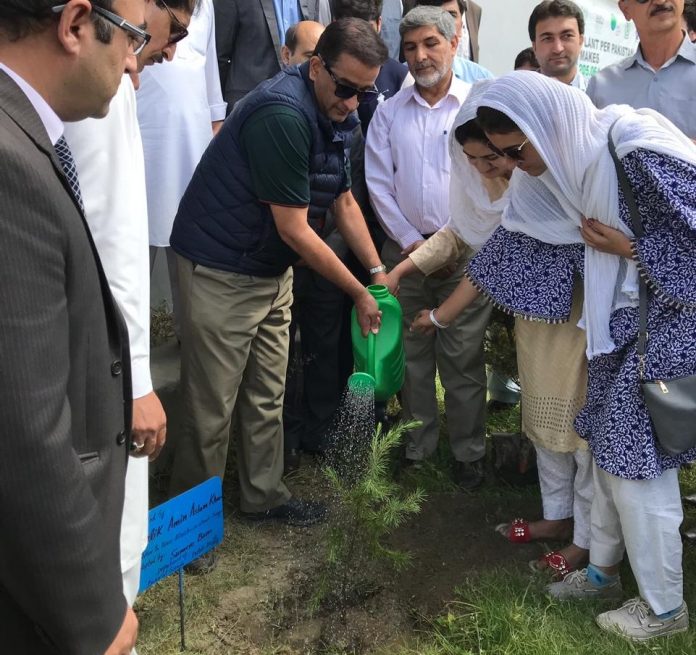 The campaign is titled as ‘Adopt a Tree’ which was inaugurated by Malik Amin Aslam, Advisor to Prime Minister on Climate Change in Gilgit on August 23. On the first day, over 500 trees were planted as a baseline to the target set under the project.

GLOF-II is a joint initiative of the Green Climate Fund, the United Nations Development Program and the Government of Pakistan. Over 100 volunteers and students have been taken on board by GLOF II project.

Malik Amin said that Pakistan is amongst the topmost vulnerable country to Climate Change impacts while the loss of trees is intensifying the temperature, polluting the atmosphere and worsening lives of living beings so together. 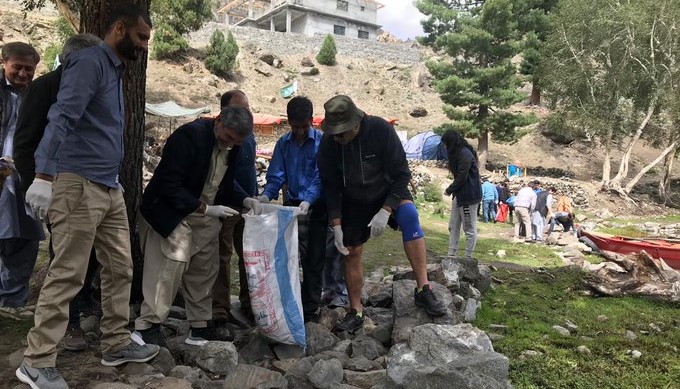 He mentioned the success of “billion-tree tsunami” which the advisor said, has been expanded to “10 billion tree tsunami” campaign across the country. He reiterated how this initiative has made Pakistan into being termed as a champion in fighting climate change. Malik Amin directed GLOF II project to take ownership of ‘Adopt a Tree’ initiative and link this to the ecotourism potential of the country.

The glacial cleaning campaign was also launched by the Advisor in Gojal, Upper Hunza from the junction point of the three major glaciers, Ghulkin, Hussaini and Batura. A total of 3 expeditions comprising of 10 males and 10 females each left for collecting waste from the glaciers ensuring 50% women participation.

In the 3 adjacent villages over 600 volunteers, all community members also took part in the campaign. The advisor appreciated this effort and accentuated how taking care of these glacial hubs will benefit not only the local communities but the people living downstream as well.