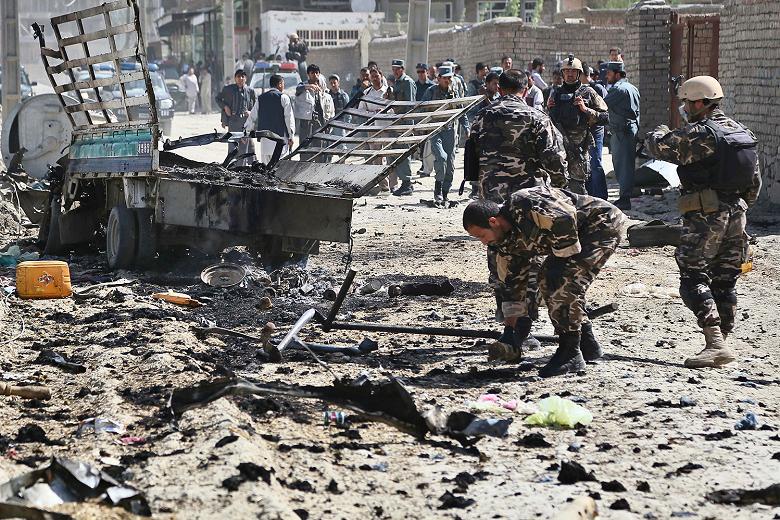 KABUL: Around 15 Taliban were killed and 18 others injured in two different incidents in an airstrike and a landmine explosion they were planting on road to target an army convoy.

Officials of the Ministry of Interior said at least 12 Taliban were killed and 16 others injured when army helicopters targeted a Taliban gathering in Jawand district of Badghis province late last night.

Media reports, quoting Afghan security officials, said that three Taliban were killed and two others injured when a mine being planted by them, to target an approaching army convoy, went off prematurely in Jalriz district of Warkad province early this morning.

Afghan army has launched attacks after President Ashraf Ghani announced an end to the unilateral 18-day ceasefire. Jalriz district has been the scene of bloody fighting between government forces and Taliban militants over the past one week.