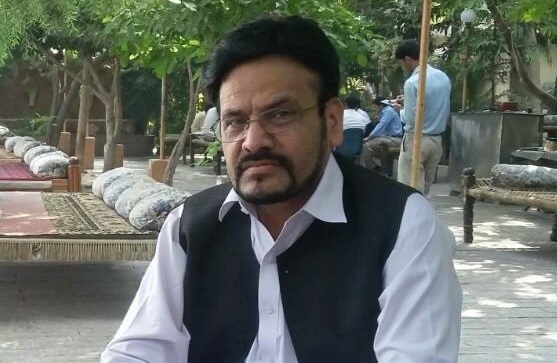 PESHAWAR: Chairman of Afghan Market Malik Khan Said has resigned from his position in protest against the controversial statement of Afghan Consul General in Peshawar Hashim Niazi during his visit to the market.

Malik Khan Said said the Supreme Court and Peshawar High Court had decided the case of ownership of Afghan market situated near the Jinnah Park in Peshawar. He said the Afghan consul general during his visit criticised Pakistani institutions and termed them hand in glove with land mafia, which is condemnable.

On Saturday, the Afghan consul general visited the market and said while addressing the shopkeepers that if a vehicle came for ‘occupation’ of the market then it will have to go over his dead body. He claimed that the market is the property of Afghan government. He alleged that the Kashmiri, who has been allotted the land, is hand in glove with land mafia. He said it is a matter between two countries, and not between individuals, therefore, the shopkeepers must not sale their shops.

The Afghan consul general said during his address to shopkeepers that if Pakistan usurped the land in Afghan market, then it must not forget that Pakistan also owns 12 kanals land in Jalalabad, Afghanistan.

On the other hand, Malik Khan Said said the notices of eviction have been pasted on the market only after the Supreme Court and High Court decisions on the matter. He said the government has already made it clear that the shopkeepers will not be evicted from the market. He said the assistant commissioner and revenue commissioner has also made it clear that no disturbance will be created on the issue of vacating the shops and the matter will be handled amicably.

The market chairman said the Afghan consul general made provocative remarks during his visit to the market and criticised Pakistani institutions. He said that after provocative speech by the Afghan consul general, he will be responsible for any untoward situation in the market. He said he is a patriotic citizen and cannot tolerate criticism of the national institutions by foreigners that is why he is resigning from his position of chairman of the market.