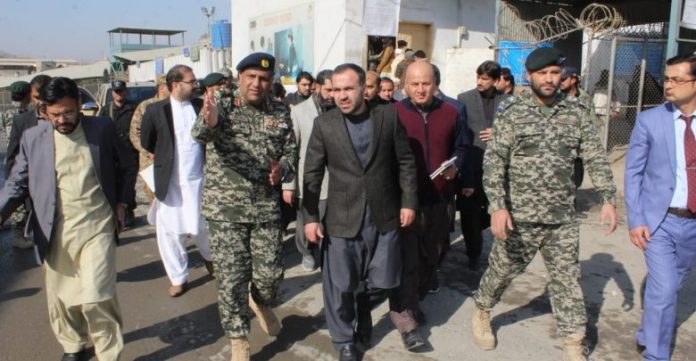 The Afghan Ambassador is in Peshawar since Tuesday and has conducted a meeting with the Chief Minister, Khyber Pakhtunkhwa and other government officials. During the media talk, the ambassador has talked about the issues faced by Afghan nationals while crossing the border. He was very apprehensive about ‘ill-treatment’ of Afghan nationals at the hands of Pakistani security personnel at Torkham border-crossing point. He said that he has also discussed this issue with Pakistani Army Chief, General Qamar Javed Bajwa. He has said that he would visit Torkham to review the situation and would discuss the matter with Khyber Pakhtunkhwa Governor Shah Farman and Corps Commander Shaheen Mazhar Mahmood.

Mr Mashal said Afghan citizens coming to Pakistan were lined up at the entry gate for hours which also include patients who come for treatment to Private hospitals in Peshawar. During his media talk, Afghan envoy Shukrullah Atif Mashal claimed that Kabul and Islamabad had agreed to work out a mechanism for swapping prisoners, who had completed prison terms or were granted bail but couldn’t be freed due to certain reasons. He added that the issue had also come under discussion during a recent visit of foreign minister Shah Mahmood Qureshi to Kabul. He said both sides had agreed on the exchange of prisoners. Mr Mashal said the Afghan embassy’s team would visit various prisons in Pakistan for identification of prisoners.