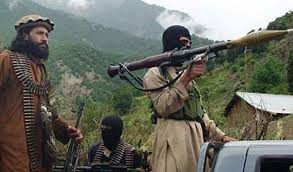 PESHAWAR, February 5: The Afghan government claims to have killed 18 militants close to border with Pakistan.

Afghan Police say another 26 militants were injured in the clash that took place in Nazyan district of Nangarhar province.

Three militants were arrested in the operation and the police claimed the accused belonged to Pakistan.

However, the Afghan militants claimed to have shot down an American helicopter in the clash and killed several soldiers.

After the 16 December attack on Army Public School in Peshawar, the Afghan forces have also intensified operation against militants in the areas close to border with Pakistan.