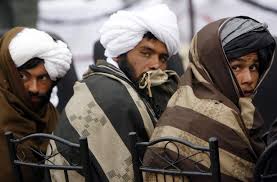 PESHAWAR 04 May: The two-day negotiations between Afghan government and Afghan Taliban ended in Qatar today.

According to a communiqué issued after the talks Taliban demanded that to continue reconciliation process, their demands of withdrawal of foreign forces from Afghanistan and acknowledging the status of office of Taliban in Qatar should be accepted.

Afghan Taliban also demanded of the United Nations to remove international ban on their leaders. The Taliban also alleged that the government did not chalk out any roadmap for the talks. They also censured the government policy of asking for help from neighbouring countries for maintaining peace in the country.

The Afghan delegation is comprised of 20 people while Taliban was represented by eight of their nominees. Pugwash Conference, an international organization for making endevours to resolve issues through dialogue, arranged the talks. It merits mentioning that in 2013 talks were also held between the two parties, however it ended without yielding any result.