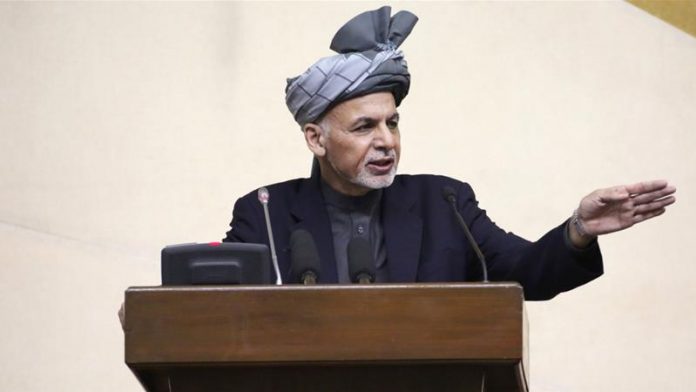 Afghan President Dr Ashraf Ghani has decided to release three militant leaders, including Anas Haqqani, Haji Mili Khan and Hafiz Rashid, according to a foreign news agency report. The report said that the exchange of prisoners could also pave the way for peace talks between Afghanistan and the Taliban to end the war in the country.

It should be noted that Haqqani is counted among the top leaders of the most dangerous Haqqani group in the region, while Haji Milli Khan and Hafiz Rashid belong to the TTP. According to the report, two foreign prisoners, one from the United States and the other from Australia, will be released by the Taliban in exchange for their men’s release.

The report states that the American citizen is named Kevin King and the Australian citizen Timothy Weeks, a professor at the University of Kabul, was kidnapped outside the university in 2007.

Afghan President Ashraf Ghani announced the move live on state TV, saying that the release of top Taliban leaders was a difficult decision but they’ve made it in the interest of the country and the nation. He said Taliban prisoners were being released in exchange for two foreigners to pave the way for direct talks with the Taliban. It should be noted that this decision has been made while efforts are being made to restore the negotiations between the US and the Taliban.

A peace deal between the United States and the Taliban was due to take place last month that US President Donald Trump justified an attack in Kabul and canceled it. In response, the Afghan Taliban have again offered talks to the US, saying that their doors are still open for dialogue if the US president is interested to resume contact with them.