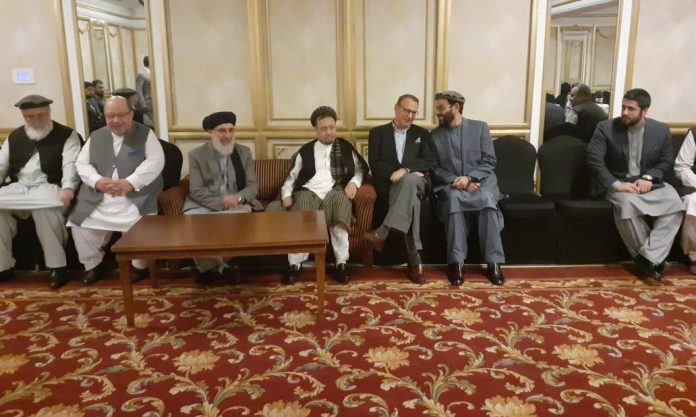 PESHAWAR: Pakistan Foreign Minister Shah Mehmood Qureshi while addressing the Afghan peace conference said that Pakistan wants an Afghanistan which is at peace with itself and at peace with its all neighbours.

The Foreign Minister added that Pakistan believes in the sovereignty and territorial integrity of all its neighbours, including Afghanistan, and committed to a prosperous, peaceful, democratic and stable Afghanistan.

Gulbuddin Hekmatyar while addressing the gathering called for the withdrawal of all the foreign forces from Afghanistan. He added it isn’t an issue between Taliban and the united state of America, but the whole Afghan nation has to be taken into confidence to bring a durable peace. “There should be a complete halt to foreign intervention. Only the people of Afghanistan can solve the issues and bring durable peace to their country,” said Hekmatyar.

Shah Mehmood Qureshi in his address said that Pakistan has also suffered a lot due to the continues wars in Afghanistan. He added that now it is time to end the cycle of mistrust and work together for peacebuilding the region.