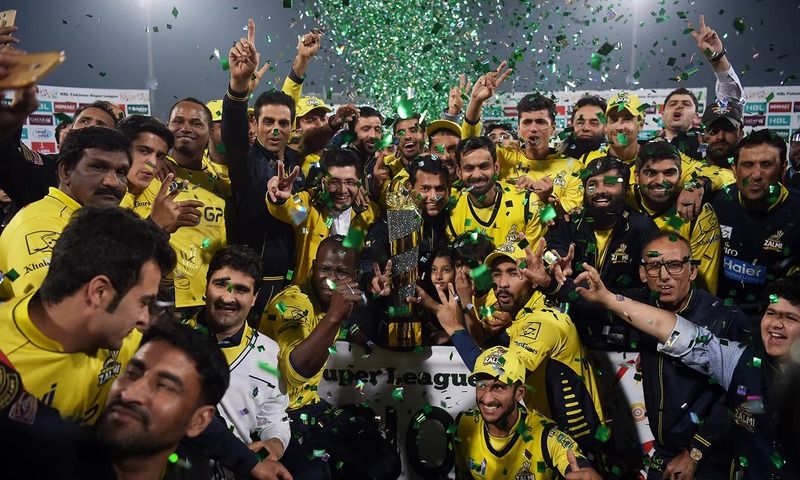 KABUL, 08 March: The President of Afghanistan on Wednesday congratulated the Peshawar Zalmi for its victory in the Pakistan Super League (PSL) second edition against Quetta Gladiators and invited the PSL champion team to visit Kabul.
Peshawar Zalmi owner Javed Afridi while talking to BBC confirmed that the Afghan president had invited the PSL champions for a visit to Kabul. He said that deputy foreign minister of Afghanistan in a telephonic conversation had conveyed the Afghan president Ashraf Ghani’s offer adding that he has accepted the offer to visit Kabul along with Peshawar Zalmi cricketers.
Javed Afridi further said that the Peshawar Zalmi team members including Shahid Afridi and other prominent players would visit Kabul during the coming summer season. He said that Peshawar Zalmi wish to bring closure the two neighboring countries through cricket.
In the PSL final, Peshawar Zalmi had defeated Quetta Gladiators by 58 runs and lifted the title. Quetta Gladiators despite qualifying for the final for the second successive time failed to win the coveted trophy.