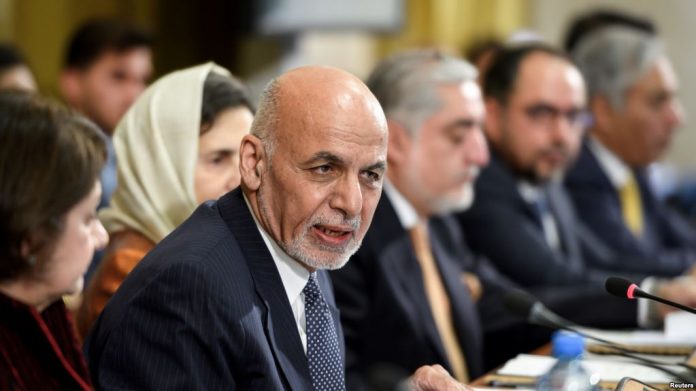 Ashraf Ghani said while addressing an international conference on Afghanistan in Geneva, Switzerland, that the Afghan government has formed a 12-member team led by presidential chief of staff Abdul Salam Rahimi. He said women representatives have also been included in the team.

The Afghan president made it clear that talks will move forward on the principles of respect for Afghanistan’s constitution and rejection of interference in domestic affairs by foreign elements. He said his government is prepared to move into the next phase of the Afghan peace process that would seek an agreement in which the Taliban would be included in a democratic and inclusive society. He said the constitutional rights and obligations of all citizens, especially women, should be ensured.

The announcement by President Ghani comes at a time when the US administration is already holding direct talks with the Taliban. However, the Taliban are sticking to the demand of the pullout of international forces from Afghanistan as a pre-condition for talks.