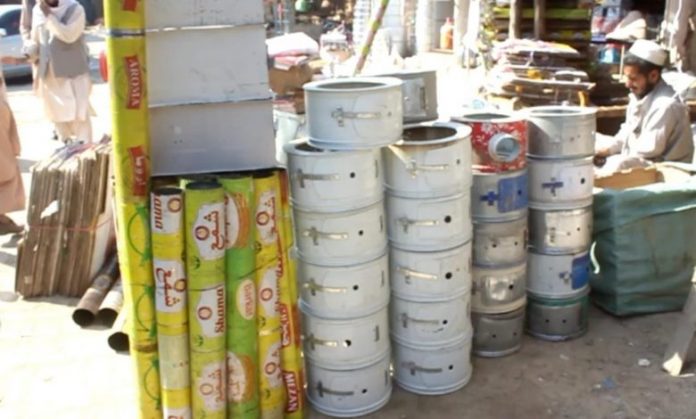 Wood stoves have become integral part of life in mountainous parts of tribal belt. Locals in Bajaur say that wood stove made its way to the region in the aftermath of Soviet invasion of Afghanistan.

Afghan refugees fleeing the Soviet invasion brought the art of the wood stove making to tribal areas. The refugees were adept at making wood stoves and soon locals also borrowed this useful equipment and started using it.

Since then it has become a part of local winter life.

Gul Muhammad, a trader in Khar Bazaar told TNN that he was dealing in wood stoves since 2012. “Since there is no natural gas available in Bajaur, therefore, majority of the locals use wood stoves for cooking and heating purpose,” he said.

He said that wood stoves from Khar also go to hilly parts of districts including Arang, Pasht, Mamond and Ambar. “In Khar and other urban centers, wood stoves are used due to absence of electricity,” he said.

How much a wood stove costs?

According to him, there were three wood stoves makers in Bajaur district. He said that making wood stoves required proper machinery and other equipment; however, local artisans lack such equipment.

Mr Muhammad said that the ongoing economic downturn has also impacted their sales. He said that rates of pipes and tin have gone up while there were few buyers in the market.

He said that the Afghan refugees brought this to Bajaur and gradually locals also mastered the art of wood stove making.

Mr Muhammad said that wood stoves does roaring business in winter. “There is a type of wood stove which is made to burn sawdust,” he said. He added that this wood stove was used to keep rooms warm without smoke while the sawdust takes longer to burn out.