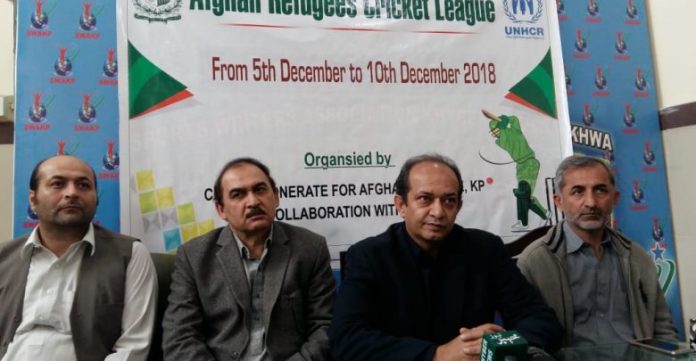 PESHAWAR: A cricket league for Afghan refugees living in different parts of Khyber Pakhtunkhwa will kick off in Peshawar tomorrow (Wednesday) which will continue till 10 December.

Afghan Commissioner Abbas Khan made this announcement while addressing a press conference at Peshawar Press Club on Tuesday. The Afghan commissioner said 10 teams from Peshawar, Mardan, Kohat, Hangu, Charsadda and Nowshera will take part in the tournament. He said players from 43 refugee camps will get opportunity to take part in the mega event and display their talent.

Abbas Khan said it is first time such a mega event is being organised for the Afghan refugees in KP. He said the organisers are planning to hold a splendid concluding ceremony for the tournament and senior provincial minister Muhammad Atif Khan will be invited as chief guest. He said painting and essay writing competitions will also be organised for Afghan refugees after the cricket league.

The Afghan commissioner said sports activities should be organised on regular basis to promote healthy and peaceful environment. He said there are 105 schools in 43 Afghan refugees camps in KP where about 32,000 students are enrolled. He said these schools are run with the cooperation of the UN refugee agency (UNHCR).