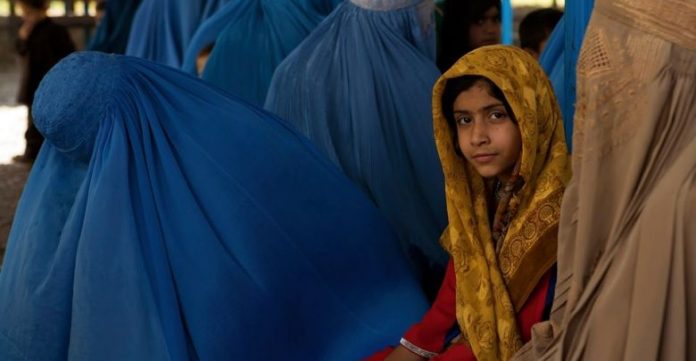 PESHAWAR: Many Afghan refugees are living in Pakistan for the last 40 years, but still most of them are reluctant to go back.

“I have no intention of going back from Pakistan. The only way for me to leave Pakistan is that if someone stuffs me in a gunnysack and throws me on Afghan side of the border,” says an Afghan refugee woman, Brekhna, who was born and grown up in Pakistan.

“We don’t want to go back to Afghanistan. If eventually it happens against our will, then I will also have to shift the grave of my deceased son in Pakistan to Afghanistan,” says Gul Pari, another Afghan refugee woman.

Gul Pari said the Afghan refugees have brought their destiny with themselves and now leaving Pakistan is not a favourable option for them.

Journalist Arshad Yousafzai said Peshawar is a small city, but it has been made even more congested due to influx of refugees. He said Afghan refugees are often found involved in criminal activities, as per police record.

Qaiser Khan Afridi said the centres for repatriation of Afghan refugees have been set up in Nowshera and Quetta. He said after registration at these centres, the returning families receive $200 from the UNHCR and return to Afghanistan. He said there are 5,400 projects for registered Afghan refugees in which they are given facilities of education, health and other needs.

He said the refugees in one way are benefiting Pakistan in the head of labour, taxes and business activities.

In case of peace deal

Senior analyst Rahimullah Yusufzai says many refugees will return in case of a final peace agreement between the Afghan Taliban and the US.

However, he said, most of refugees won’t go back as it is hard for them to trust the durability of peace in Afghanistan given their previous history. He said Pakistan is benefiting from cheap Afghan labour. He said Afghan traders also pay taxes to the Pakistan government and help its economy. He said the return of Afghan refugees will have mixed impact on Pakistan, however, the crime rate will definitely go down.

He said voluntary return of the refugees will always be facilitated, but no refugee will be forcibly repatriated even after the peace agreement in Afghanistan.