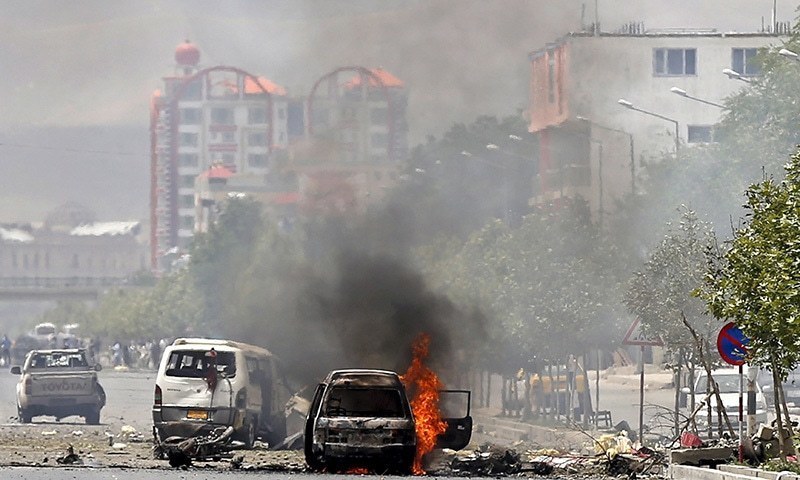 PESHAWAR, 26 June: Afghanistan has alleged that the planning of attack on its parliament was made in Peshawar.

The Afghan intelligence service said yesterday that Maulvi Shireen was the mastermind of attack on the Afghan parliament who got all kinds of assistance in Pakistan.

On the other hand the Pakistan Foreign Office has rejected the allegations. It said the Afghan nation cannot be detracted with such baseless allegations. The Foreign Office said an effort had been made by conspirators to sabotage the Pak-Afghan relations through this terrorist attack.

Six attackers were killed and 18 persons were injured in a militant attack on the Afghan parliament four days ago.