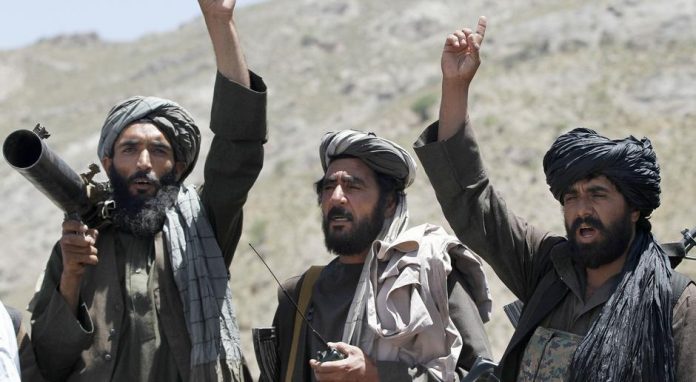 PESHAWAR: The Afghan Taliban government said on Monday they had attacked and destroyed a Daesh hideout in Kabul, killing several militants.

The Taliban raid came hours after a deadly bombing outside a mosque in Kabul where people had gathered to offer Fateha for the departed soul of mother of Taliban’s chief spokesman Zabihullah Mujahid.

The Sunday’s bombing outside the Eid Gah mosque killed at least five civilians. Daesh militants have conducted several attacks against their Taliban rivals since their takeover of Kabul in mid-August.

The Taliban government said the fighters raided a Daesh hideout and killed several insurgents. Zabihullah Mujahid said fighters carried out the operation in the north of Kabul on Sunday evening. He claimed that the operation was very decisive and successful. He claimed that Daesh centre was completely destroyed and all the Daesh members in it were killed.

Sunday’s bombing was the deadliest attack since the Taliban took control of Afghanistan with the chaotic departure of the last US troops on August 31. Qari Saeed Khosti, a spokesperson for the Interior Ministry in the interim Taliban government, said three people have been arrested in connection with the attack.

A large number of Taliban special forces attacked at least three houses in Kabul. Local media said the fighting continued for several hours and the residents of the area remained awake due to noise of gunfire. The local residents said the fighting was intense.

Daesh maintains a strong presence in the eastern province of Nangarhar and considers the Taliban an enemy. It has claimed several attacks against them, including several killings in the provincial capital of Jalalabad. Attacks in Kabul have so far been rare.

Daesh militant group had claimed responsibility for the horrific bombing on August 26 that killed around 170 Afghans and 13 US military personnel outside the Kabul airport, where thousands of people were trying to reach the airport to escape Taliban rule.

Last week, the Taliban have confirmed the death of Abu Omar Khorasani, leader of the Daesh in Afghanistan. Khorasani was appointed as Daesh head in Afghanistan after the killing of Sheikh Abdul Haseeb Logari in April 2017.