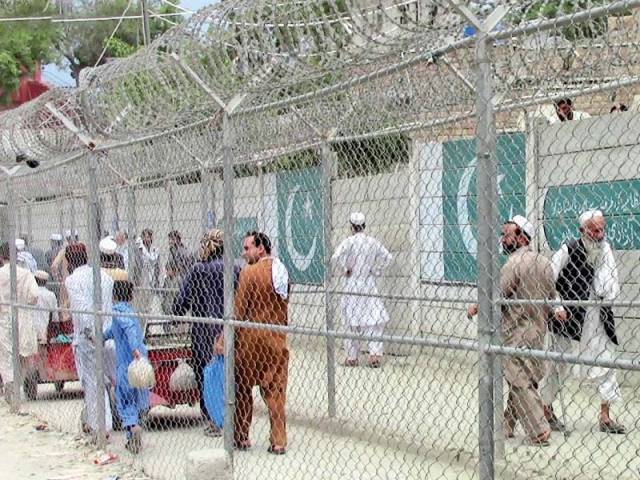 LANDIKOTAL, 07 March: An Afghan woman who was returning to home country after Pakistan authorities reopened temporarily border with Afghanistan was died in a stampede at the Torkham border on Tuesday.
As per details, Noor Zia w/o Ahmadullah, resident of the Perwan province of Afghanistan, was waiting for her turn to verify her travelling documents and get permission to cross the border along with her family when she fell down near National Logistic Cell(NLC) terminal due to the stampede. As result, she lost her breath and died on the spot.
The cause of untoward incident was stated to be massive rush of Afghanistan returned people, gathered at the clearing point.
After necessary clearing documentation, her dead body was handed over to Afghanistan border security officials at the Torkham border, official confirmed.
It is pertinent to mention here that Pakistan had announced a day earlier to temporarily reopen the two main border crossings with Afghanistan to allow hundreds of Afghans and Pakistanis with valid travel documents to cross through the Torkham border. However, trade activity between Pakistan and Afghanistan would be remained suspended.