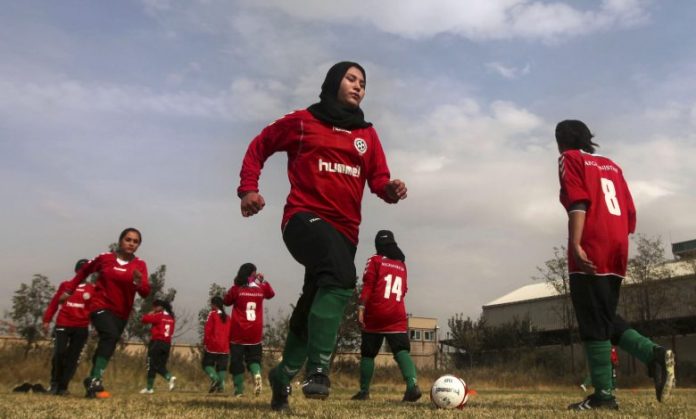 LANDIKOTAL: The members of Afghanistan women football team along with their family members have entered the Pakistani territory via Torkham border.

Assistant Commissioner Akbar Iftikhar said the Afghan women football team members along with their family members arrived at Torkham border where their documents were being checked. A representative of the Pakistan Football Federation had also reached Torkham border to receive the Afghan guests.

The assistant commissioner said the Afghan women footballers and their family members will be sent to Peshawar under strict security arrangements. It is said that about 115 people arrived from Afghanistan.

The women footballers have decided to leave Afghanistan after the Taliban announcement that they are not in support of the women taking part in sports competitions. Currently, the footballers are coming to Pakistan and then they may decide to seek refuge in another country.

The upcoming tour of Afghanistan men’s cricket team to Australia is in serious doubt over the issue. However, the International Cricket Council (ICC) has not issued a harsh statement so far and it appears that the participation of Afghanistan team in the World T20 is not in danger for now. The ICC has said it may discuss the Afghan women cricket issue in its board meeting, which is scheduled after the T20 World Cup. However, troubles are visible in the men team as well as T20 captain Rashid Khan has resigned from captaincy over selection issues.

In an encouraging sign, the Afghanistan cricket board chairman Azizullah Fazli said the board has not received any Taliban directive banning women from playing cricket. He said there is no restriction at the moment. He said female players are undertaking their duties normally.