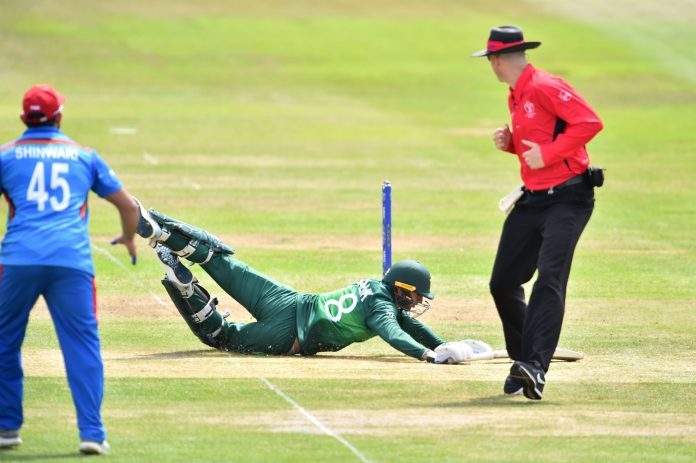 PESHAWAR: In another jolt for Pakistan ahead of the World Cup, they were defeated by Afghanistan by three wickets in a warm-up match at Bristol on Friday.

Pakistan decided to bat first after winning the toss and were all out on 262 runs in 48 overs. With the exception of Babar Azam, Pakistan’s batsmen failed to deliver once again and a modest total was posted which was not very difficult for Afghanistan to chase down. Babar Azam scored 112 runs, while Shoaib Malik contributed 44.

Afghanistan chased down the target in the last over with the loss of seven wickets. Hashmatullah Shahidi scored unbeaten 74, while Hazratullah Zazai scorched Pakistan with a 28-ball 49.

For Pakistan, Wahab Riaz, who was included in the squad after his two-year ODI exile, was the pick of bowlers as he took three wickets, Imad Wasim took two wickets and Shadab Khan and Mohammad Hasnain took one wicket each.

Apart from Wahab Riaz and Imad Wasim, other bowlers were quite flat and were unable to exert pressure on Afghan batsmen. Shaheen Shah Afridi went for plenty in his six overs.

The match summed up Pakistan’s sorry state of preparations ahead of the World Cup. They are going into the mega event after clean sweep by Australia and then by England and defeat from minnows like Afghanistan in the warm-up further pegged them back. Although the match had no bearing on the World Cup results, but it shows where the team stand.

Pakistan captain Sarfaraz Ahmed said after the match that losing matches was very tough for Pakistan.

“I just tell my boys to back themselves. We’re working with the coaching staff very hard. We will do well soon,” he said.

“We were 20 runs short, but we need to work on our bowling. Babar played a very good knock, he’s our main batsman. And we picked Wahab because of his pace and his reverse swing and he did well,” he said.