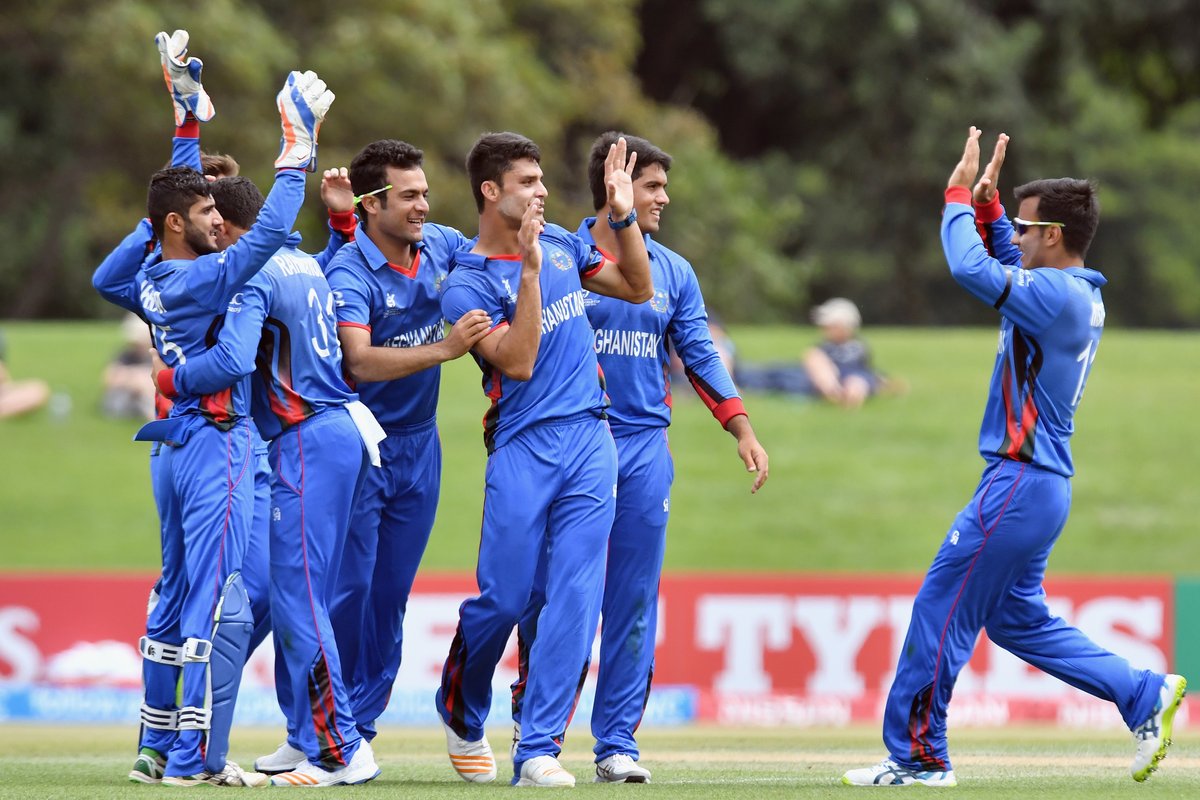 PESHAWAR: Afghanistan marched into semi-final of the Under-19 World Cup by handing a huge defeat to hosts New Zealand by 202 runs in the quarter-final on Thursday.

Afghanistan after deciding to bat first scored 309 runs with the loss of six wickets. New Zealand were all out on 107 runs. Mujeeb and Qias took four wickets each. Azmatullah Omarzai was declared player of the match for his 23-ball 66 runs.

Afghanistan will face Australia in the semi-final.

Earlier, Pakistan also marched into semi-final after defeating South Africa. Pakistan will face the winner of India-Bangladesh quarter-final in the semi-final.