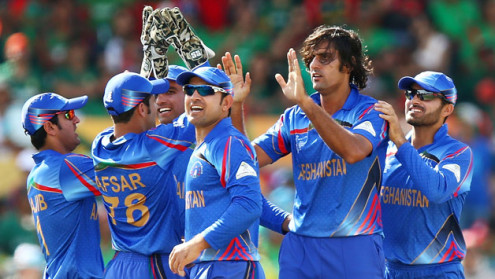 PESHAWAR, 26 February: Afghanistan, after playing an interesting game, have defeated Scotland in the Pole-A category of the ongoing World Cup.

The match was played today in New Zealand where Scotland batted first and gave a target of 210 runs to Afghanistan.

In ,response the Afghans were off with eight wickets at 97 but Samiullah Shinwari posted 96 runs and gave a victory to the team by chasing the target.

Sri Lanka beat Bangladesh with 92 runs in another match played at Melbourne, Australia.

The 17th match of the World Cup, Pole-B, will be played tomorrow between South Africa and West Indies.