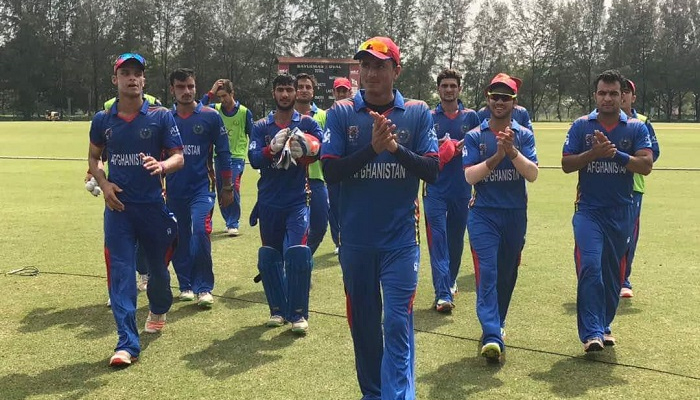 KUALA LUMPUR: Afghanistan’s under 19 cricket team on Sunday defeated Pakistan by seven wickets in their first match in the U-19 Youth Asia Cup. The match was held in Malaysia.

Pakistan batted first in the game and set 58 runs as target for the Afghan squad. The national U19 team succeeded to complete the target by losing three wickets.

Mujeeb Zadran, who got six wickets from U19 team of Pakistan, performed a key role in the success of Afghanistan’s U19s during the match. Afghanistan’s U19 cricket team landed in Malaysia for the U19 Youth Asia Cup on Wednesday.

The event is scheduled to be held from 9 – 20 November. Teams from eight countries will participate in the tournament. Afghanistan is in the same group with Pakistan, Sri Lanka and United Arab Emirates.

This comes after Afghanistan’s U19 team spent the last three weeks in India for training.