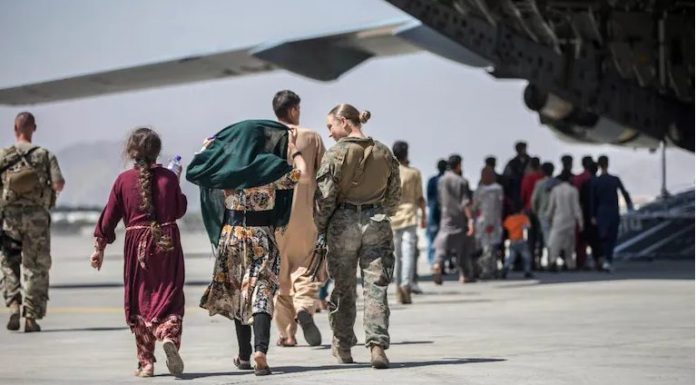 PESHAWAR: The withdrawal of US and allied forces completed on Tuesday. Chris Donna was the last US Major General to depart Afghanistan’s Hamid Karzai International Airport.

TNN is attempting to calculate how many people have been killed in these 20 years, as well as how much money the US have spent till now.

On August 25, the Cost of War Project released data that aimed to determine how many people had been killed directly in Afghanistan’s war and how much money the US spent there thus far. This study covers the period from the United States’ entry after 9/11 to the final days of its withdrawal.

According to estimates, 170,000 people had been killed in Afghanistan’s war since September 11, 2001. According to the said research, the number of Afghan civilians killed in the war is supposed to be around 47,245. On the other hand, 2,442 American soldiers were killed. As many as 11,044 members of other united forces had also been killed in this war so far. There were 3,846 American contractors among the deceased, as well as 444 social workers and philanthropists.

According to the research, between 66,000 and 69,000 Afghan military and police officers had been killed during the war that stretched along the period of two decades. On the second number, opposition combatants (ISIS, Taliban, and others) were among the dead and their number is said to be 51,191.

Apart from that several other people from many countries were also killed, who had come to Afghanistan for a number of reasons. Their numbers, though, were said to be small.
According to the World Press Freedom Index, Afghanistan is ranked 122nd out of 180 nations in the World Press Freedom Index. However, since the Taliban took control of the Kabul government, media freedom has increased dramatically.
On one hand, the Taliban have repeatedly insisted regarding the freedom of the media, saying that under the Taliban government, any media would have complete freedom to operate freely.

According to the Cost of War Project, 72 journalists died on duty during the last 20 years.
The Cost of War Project was founded in the United States in 2010. The organisation gathers data from a number of war-prone countries and works in collaboration with the Watson Institute of International and Public Affairs.

What exactly has the United States done in Afghanistan? Apart from additional investments in Afghanistan, the US has spent $31.213 trillion on the war alone.

On the other hand, on August 31, 2021, US President Joe Biden stated on his Facebook page that the US has evacuated the world’s largest number of human beings from Afghanistan. He further said that about 120,000 individuals had been evacuated in the last 17 days, including Afghans, Americans, and US allies. He said that the US no longer had a presence in Afghanistan and that the US military mission, which had lasted 20 years, should be ended.

On social media in recent days, there has been a lot of discussion over why the US withdrew so abruptly. Rumours are emerging on social media concerning the United States’ 20-year engagement in Afghanistan and what it has done to invest so much.

In a similar context, Kamran Khan, a political science graduate from the University of Peshawar, who is also a human rights activist, said the United States’ 20-year presence, which resulted in so many deaths, was not shocking. However, the abrupt and early withdrawal is not only alarming but also repugnant and disgusting.

The United States has withdrawn from Afghanistan, according to Kamran Khan, but the end of the war in Afghanistan is beyond his comprehension. “The presence of ISIS, Amrullah Saleh, and other forces suggests that the Afghans could again go to the state war at any time,” he stated. He also portrayed the Taliban’s divisions as a threat to Afghanistan.

He mentioned the attack on the Hamid Karzai International Airport, which left more than 90 people dead, and more than 150 injured, and suggested it could be a sign of the Afghan people’s future hardships.

An Afghan journalist, Anis-ur-Rehman, stated on his Twitter account that the 20-year war following the US pullout was nothing but the slaughter of Afghans.