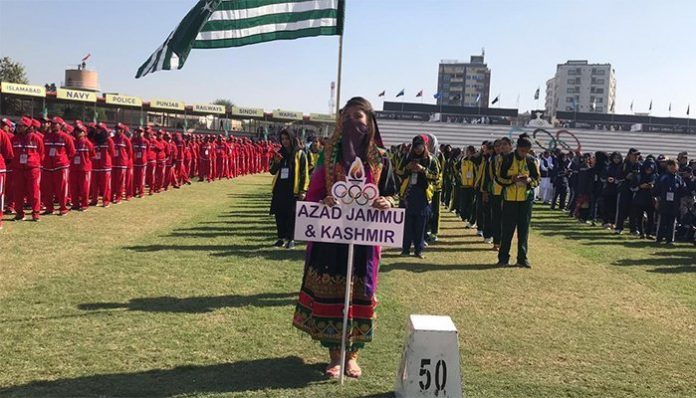 PESHAWAR: Chief Minister Khyber Pakhtunkhwa Mahmood Khan has formally inaugurated the 33rd National Games in Peshawar in which 10,000 players and officials from all over the country will compete in 32 men and 27 women games.

The games are being held in Peshawar after a nine-year at Qayum Sports Complex Peshawar. It is being arranged in collaboration with the National Olympic Association and the Provincial Olympic Association. International athletes Halima Ghayur, Zainab, Nurib, Aisha and former World Squash Champion John Sher Khan handed over the torch to former Olympian Salahuddin at Qayyum stadium who was honoured to light the torch at the stadium. 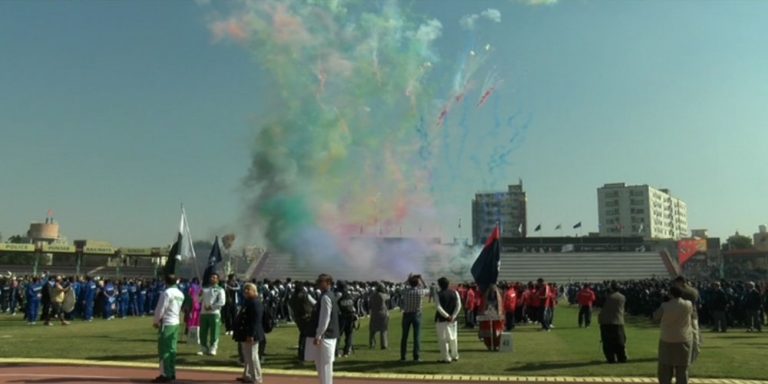 Army paratroopers performed a charming demonstration of para-trooping at a height of 10,000 feet that is why the whole stadium echoed with the slogans of Takbir, Pakistan Zindabad and Pak Army Zindabad.  The paratroopers of the Pak Army handed over the flag to CM Mehmood Khan after the demonstration. The Chief Minister congratulated the paratroopers on their outstanding performance AND announced the formal commencement of the national competitions.

After that, around 10,000 men and women players from all over the country passed the march and saluted. On this occasion, regional cultural music and dances were also performed. Salman Ahmed of the Madness Group enchanted public with his voice and received great compliments from the fans and players.  During this performance, the majority of the players were seen dancing.  Likewise, fireworks were also showcased in the light of day. 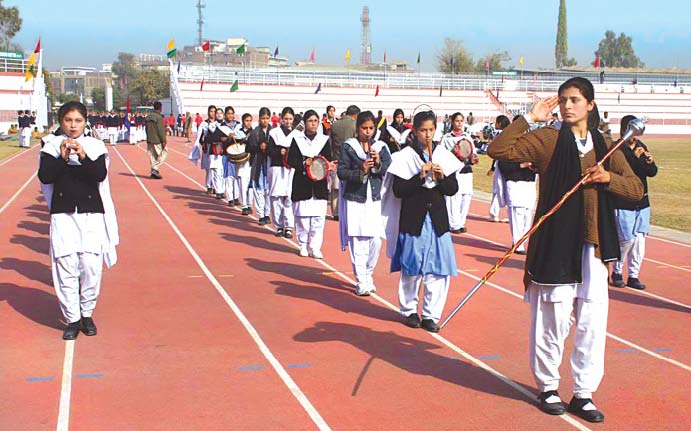 A total of 10,000 players and officers comprising Army, PAF, Railways, Pakistan Police, Navy, HEC, WAPDA and Islamabad, will be competing in 32 different competitions while for the first time in history women are participating in 28 different sports competitions.

The 33rd National Games will be held till November 16 in various cities of the province including Peshawar, Mardan, Charsadda and Abbottabad. Games held in Qayum stadium include athletics, boxing, hockey, karate, athletics, volleyball, wrestling while at the Hayatabad Sports Complex archery, baseball, softball, table tennis and Wushu will be played. Tehmass Khan Football Stadium will host football tournament while women’s competition will be held at Peshawar Golf Club and cycling and Kabaddi will be held at Government College Peshawar. Squash tournament will be at Hashim Khan Sports Complex.

Shaukat Yousafzai said that after the National Games, we will try to organize International Games in Peshawar. “We want Pakistan Super League matches to be held in Peshawar. These games will send a message of peace to the world.  I am pleased to have the participation of women players in almost every sports category,” said the information minister.

The provincial minister reviewed the arrangements at the sports complex for the National Games and met with the players.